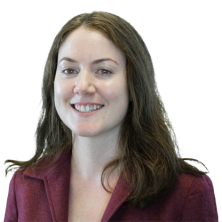 This paper summarizes the methodology and results of newly-released federal statistics describing the U.S. outdoor recreation economy. These new statistics show that outdoor recreation represented 2.2% of the U.S. economy from 2012 to 2016, similar in size to the utilities and mining industries. Boating/fishing contributed $38.2 billion to gross output in 2016, followed by game areas (includes golfing and tennis) ($36.3 billion) and RVing ($30.8 billion). Additionally, more than 4.5 million jobs were generated by the outdoor recreation economy in 2016, resulting in $213.6 billion of compensation paid to U.S. workers. These new statistics provide for the first time a comprehensive and consistent measure of the value of outdoor recreation to the U.S. economy. Any future updates to these statistics may consider adding regional data and a longer time series to provide even more meaningful statistics to researchers and policymakers.

Do hospitals with electronic health records have lower costs? A systematic revi…

Attribution of Health Care Costs to Diseases: Does the Method Matter?

Experimental Estimates of Wages and Gross Output by Business Size and Industry, 2002-2012 (PDF)

US spending on personal health care and public health, 1996-2013

The Journal of the American Medical Association (JAMA)
External Paper/Article

Using Disability Adjusted Life Years to Value the Treatment of Thirty Chronic Conditions in the U.S. from 1987-2010 (PDF)