These data have been superseded. Please see our latest releases for current estimates and contact information.
Explore Product View
BEA 14—44 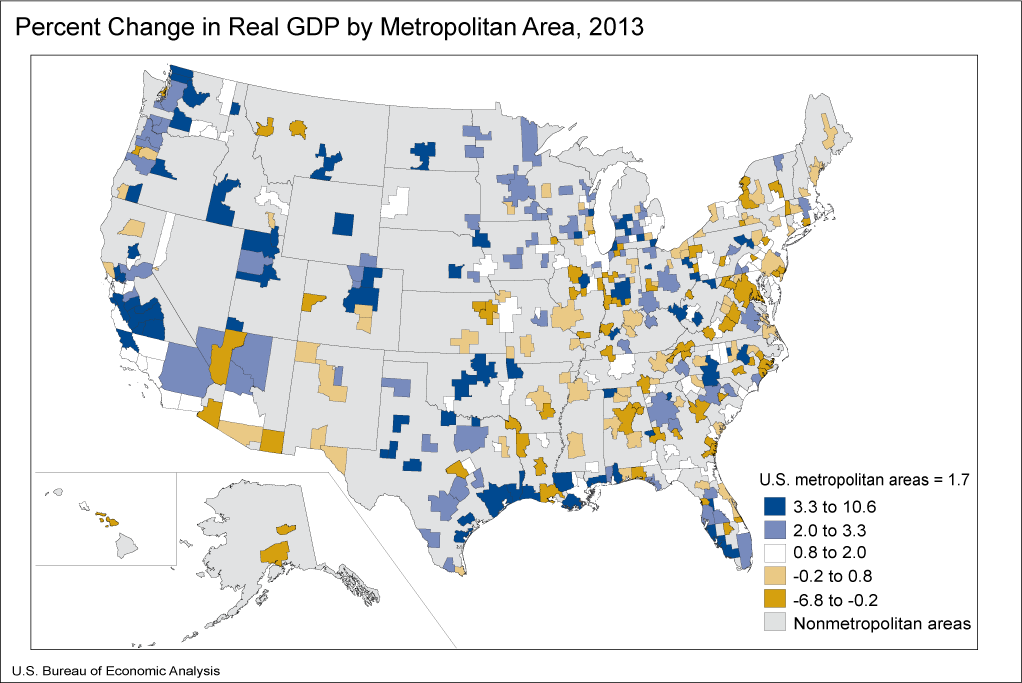 Tables 1–3 show these results in more detail; complete detail is available on the BEA Web site at www.bea.gov.

1The GDP data in this release reflect the new concepts and definitions that were part of the comprehensive revision to the national income and product accounts released in July 2013. See the box on page 3.

2The location of these formations can be found on the following map released by the EIA: http://www.eia.gov/oil_gas/rpd/shale_gas.jpg.

The advance statistics of GDP by metropolitan area for 2013 are based on source data that are incomplete or subject to further revision by the source agency. Revised statistics, based on more complete data, will be released in September 2015.

More information on the methodology used to produce these advance 2013 statistics, on the revised statistics of GDP by metropolitan area for 2001–2012, and on revisions to these statistics will appear in an article in the October 2014 issue of the Survey of Current Business, BEA's monthly journal.