These data have been superseded. Please see our latest releases for current estimates and contact information.
Explore Product View
18-34

Expenditures by foreign direct investors to acquire, establish, or expand U.S. businesses totaled $259.6 billion (preliminary) in 2017. Expenditures were down 32 percent from $379.7 billion (revised) in 2016 and were below the annual average of $359.9 billion for 2014-2016. As in previous years, acquisitions of existing businesses accounted for a large majority of total expenditures. 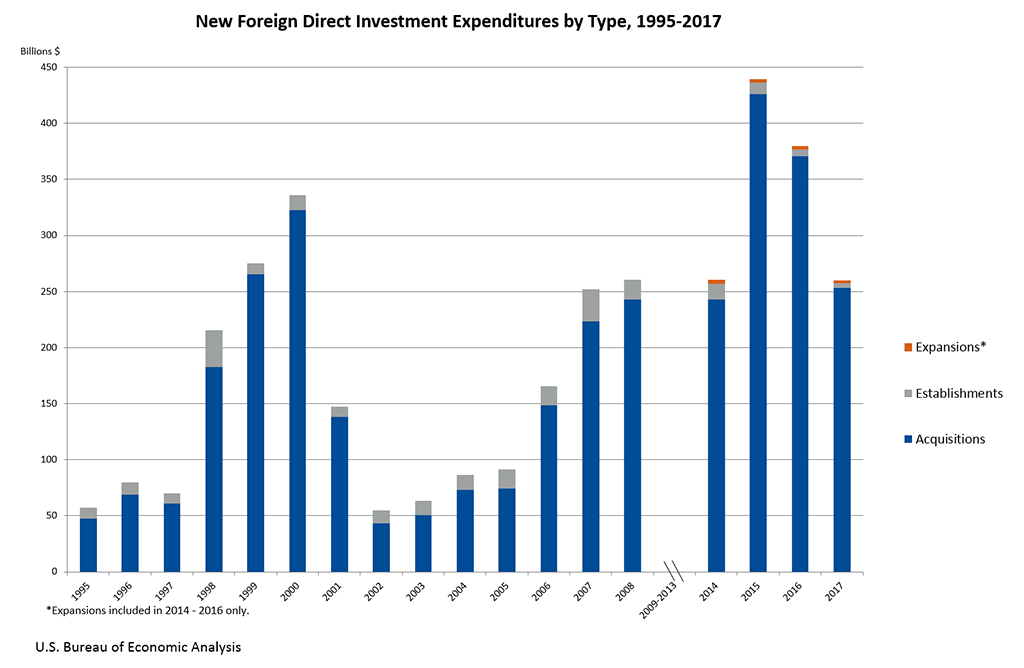 Expenditures by industry, country, and state in 2017

By country of ultimate beneficial owner (UBO), a small number of countries accounted for most of the investment. The largest investing country was Canada, with expenditures of $66.2 billion, followed by the United Kingdom ($40.9 billion), Japan ($34.0 billion), and France ($23.1 billion). By region, Europe contributed 40 percent of the new investment in 2017.

By U.S. state, Virginia was in the largest employment category, but the employment value is suppressed due to confidentiality. The next largest states in employment were Missouri (63,000), California (55,700), and Florida (55,500). Employment for acquired entities that operate in multiple states is attributed to the state where the greatest number of employees are based.