By Teryn Zmuda, Director of Research and Data Analytics at the National Association of Counties.

A new county economic measure will be released this week, providing an in-depth and detailed look into county economies — allowing county leaders to identify areas of strength and opportunity within the county lines. The measure is a county-level estimate of gross domestic product, or GDP, which will be released by the Bureau of Economic Analysis on Dec. 12. 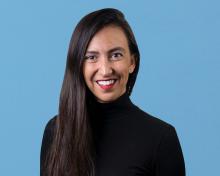 The GDP measure will estimate the goods and services produced within the borders of each U.S. county for the years 2001 through 2018 and will include a detailed breakdown of contributions to GDP by 34 industries. BEA released prototype numbers in December 2018 and has been working to refine the estimates to represent an accurate geographic distribution of the nation’s economic activity.

BEA Director Brian Moyer said this release will be “a major expansion of the nation’s economic knowledge, down to the local roots of growth.”

“For the first time, data users will have a rich picture of how each county’s economy is faring and the industries that are contributing,” Moyer said. “They can compare counties to each other, to states, and to the nation. And, they can look at trends over time.”

What does this mean for county leaders? Simply put, publicly available data to help with strategy, planning, and a deeper understanding of the local economy. The National Association of Counties  (NACo) will enlist these data points in upcoming research reports, taking a closer look at local economies. And the GDP detail for each county will be available on NACo’s County Explorer, ce.naco.org. Visit NACo’s County Explorer on Dec. 13 for its look into your county GDP.