These data have been superseded. Please see our latest releases for current estimates and contact information.
Explore Product View
BEA 17-48

Real gross domestic product (GDP) increased in 267 out of 382 metropolitan areas in 2016 according to statistics on the geographic breakout of GDP released today by the Bureau of Economic Analysis. Real GDP by metropolitan area growth ranged from 8.1 percent in Lake Charles, LA and Bend-Redmond, OR to -13.3 percent in Odessa, TX (table 2). 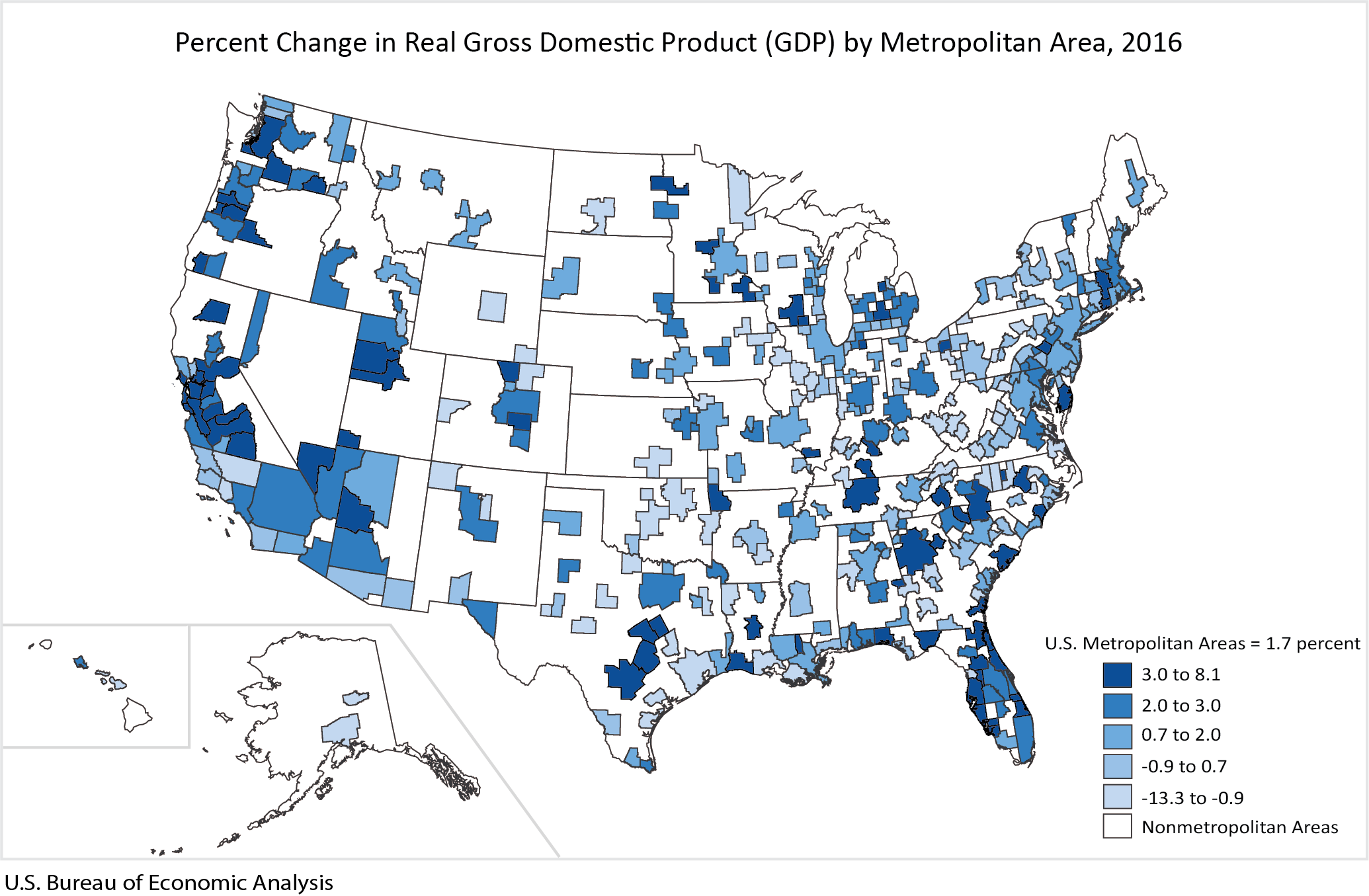 Next release – September 2018 for: Gross Domestic Product by Metropolitan Area, 2017

Metropolitan (statistical) areas. The metropolitan (statistical) areas used by BEA for its entire series of GDP statistics are the July 2015 county-based definitions developed by the Office of Management and Budget (OMB) for federal statistical purposes. Future releases will reflect the August 2017 definition. OMB's general concept of a metropolitan area is that of a geographic area consisting of a large population nucleus together with adjacent communities having a high degree of economic and social integration with the nucleus.