These data have been superseded. Please see our latest releases for current estimates and contact information.
Explore Product View
BEA 17-64

Today, the Bureau of Economic Analysis (BEA) is releasing estimates of gross domestic product (GDP) for the U.S. Virgin Islands (USVI) for 2016, in addition to estimates of GDP by industry and compensation by industry for 2015. 1 These estimates were developed under the Statistical Improvement Program funded by the Office of Insular Affairs (OIA) of the U.S. Department of the Interior. 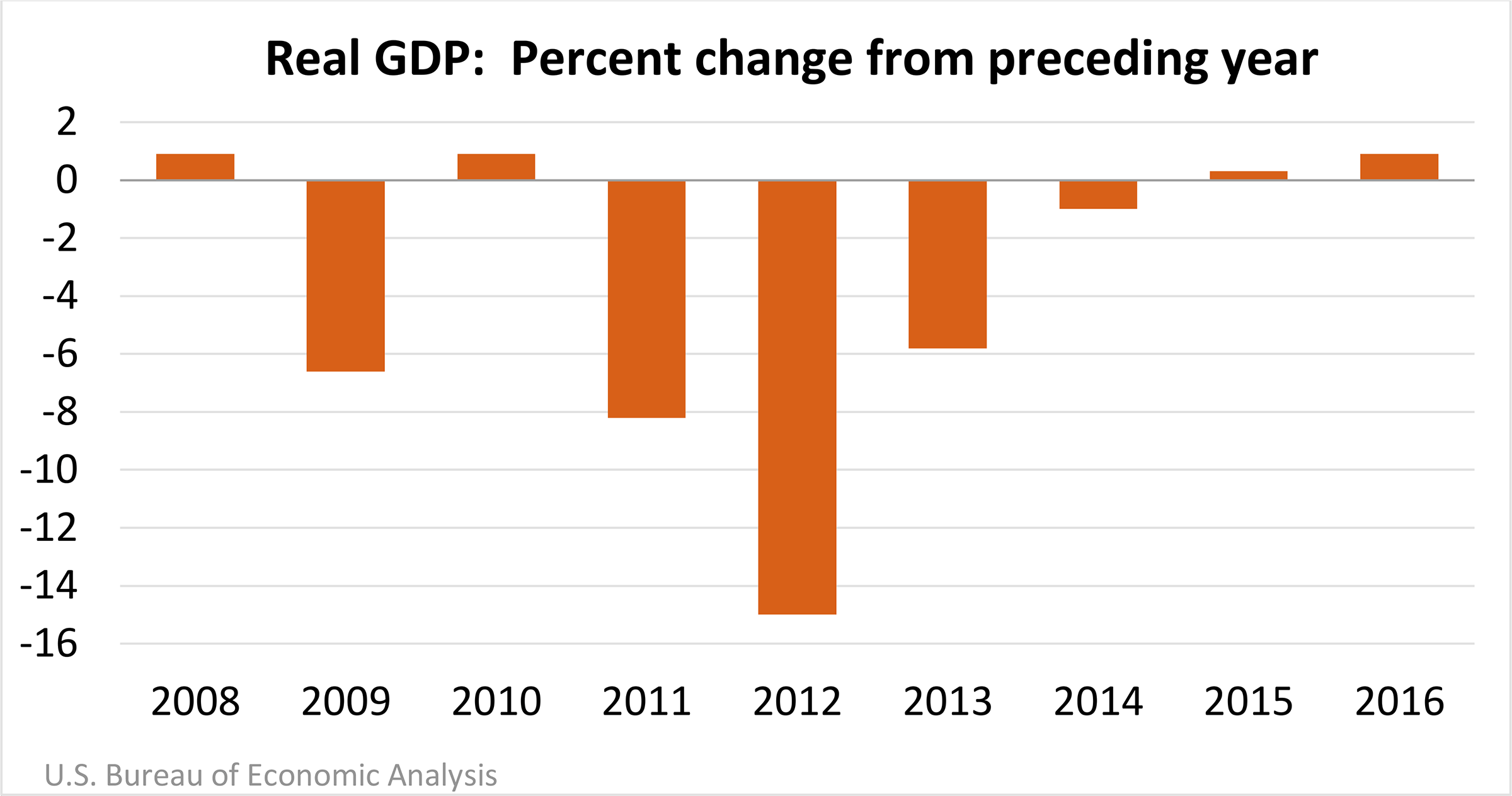 The growth in the USVI economy primarily reflected increases in inventory investment and exports of goods (see Table 1.4). These increases were partly offset by an increase in imports of goods, which is a subtraction item in the calculation of GDP.

Petroleum product and crude oil transactions accounted for the majority of the growth in inventory investment and in exports and imports of goods, reflecting the reopening of an existing oil storage terminal on St. Croix. A new operator took ownership of the facility previously owned by Hovensa and, in 2016, began receiving shipments of petroleum.

The estimates of GDP by industry for the USVI show that the government sector expanded in 2015, reflecting increases in compensation of territorial and federal government employees (see Table 2.4). The private sector contracted, reflecting a decline in goods-producing industries, including construction.

The compensation by industry estimates, which are measured in current dollars, show trends in compensation for major industries (see Table 2.6). Total compensation increased in 2015, reflecting increases in government and in the accommodation and food services industries.

Estimates for 2013 to 2015 that were released on December 14, 2016 have been revised in order to incorporate improvements to source data, including:

Moving forward, an agreement between OIA and BEA will extend and improve the estimates of GDP for the USVI. The information provided by the USVI government will continue to be critical to the successful production of these estimates. BEA currently plans to release GDP estimates for 2017 beginning in the summer of 2018. GDP by industry and compensation by industry estimates for 2016 will also be released at the same time.