These data have been superseded. Please see our latest releases for current estimates and contact information.
Explore Product View
BEA 18-55

CAPITOL HILL, SAIPAN (October 18, 2018) -- Today, the Bureau of Economic Analysis (BEA) is releasing estimates of gross domestic product (GDP) for the Commonwealth of the Northern Mariana Islands (CNMI) for 2017, in addition to estimates of GDP by industry and compensation by industry for 2016.1 These estimates were developed under the Statistical Improvement Program funded by the Office of Insular Affairs (OIA) of the U.S. Department of the Interior. 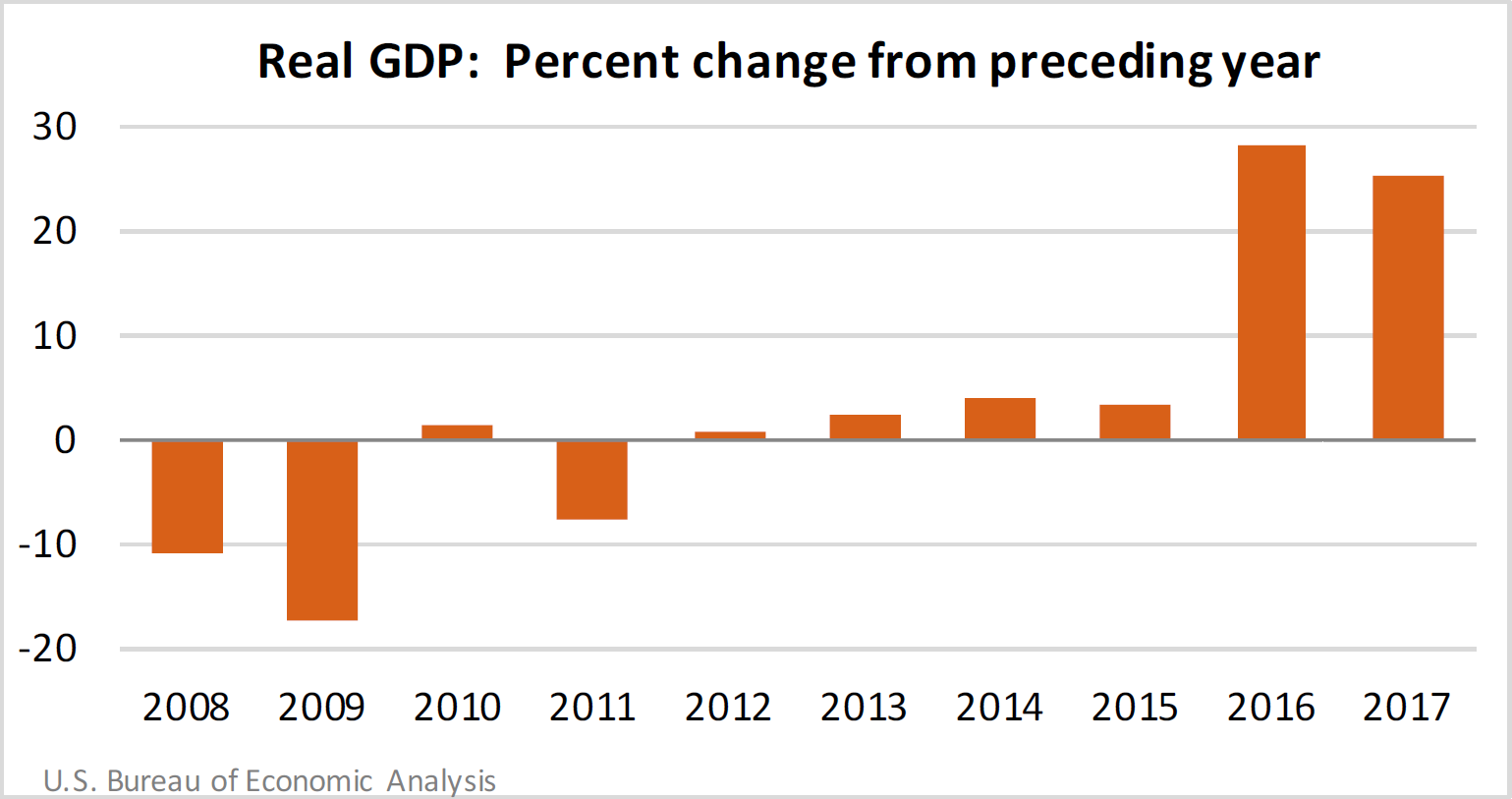 Partly offsetting the growth in exports of services was a decline in private fixed investment, which decreased 8.9 percent after three consecutive years of double-digit growth. However, real business spending on construction and equipment remained at historically high levels, supported by continued development of the casino resort on Saipan (see Table 1.2).

The estimates of GDP by industry for the CNMI show that the private sector was the source of the growth in real GDP in 2016 (see Table 2.5). The largest contributor to growth was the accommodations and amusement sector, reflecting growth in tourism and output of the casino industry.

The compensation by industry estimates, which are measured in current dollars, show trends in compensation for major industries (see Table 2.6). Total compensation increased in 2016, reflecting increases in all sectors shown in the table. The largest increase was in the accommodations and amusement sector.

Estimates for 2013 to 2016 that were released on October 16, 2017 have been revised in order to incorporate improvements to source data, including:

Moving forward, an agreement between OIA and BEA will extend and improve the estimates of GDP for the CNMI. The information provided by the CNMI government will continue to be critical to the successful production of these estimates.