These data have been superseded. Please see our latest releases for current estimates and contact information.
Explore Product View
BEA 18-13 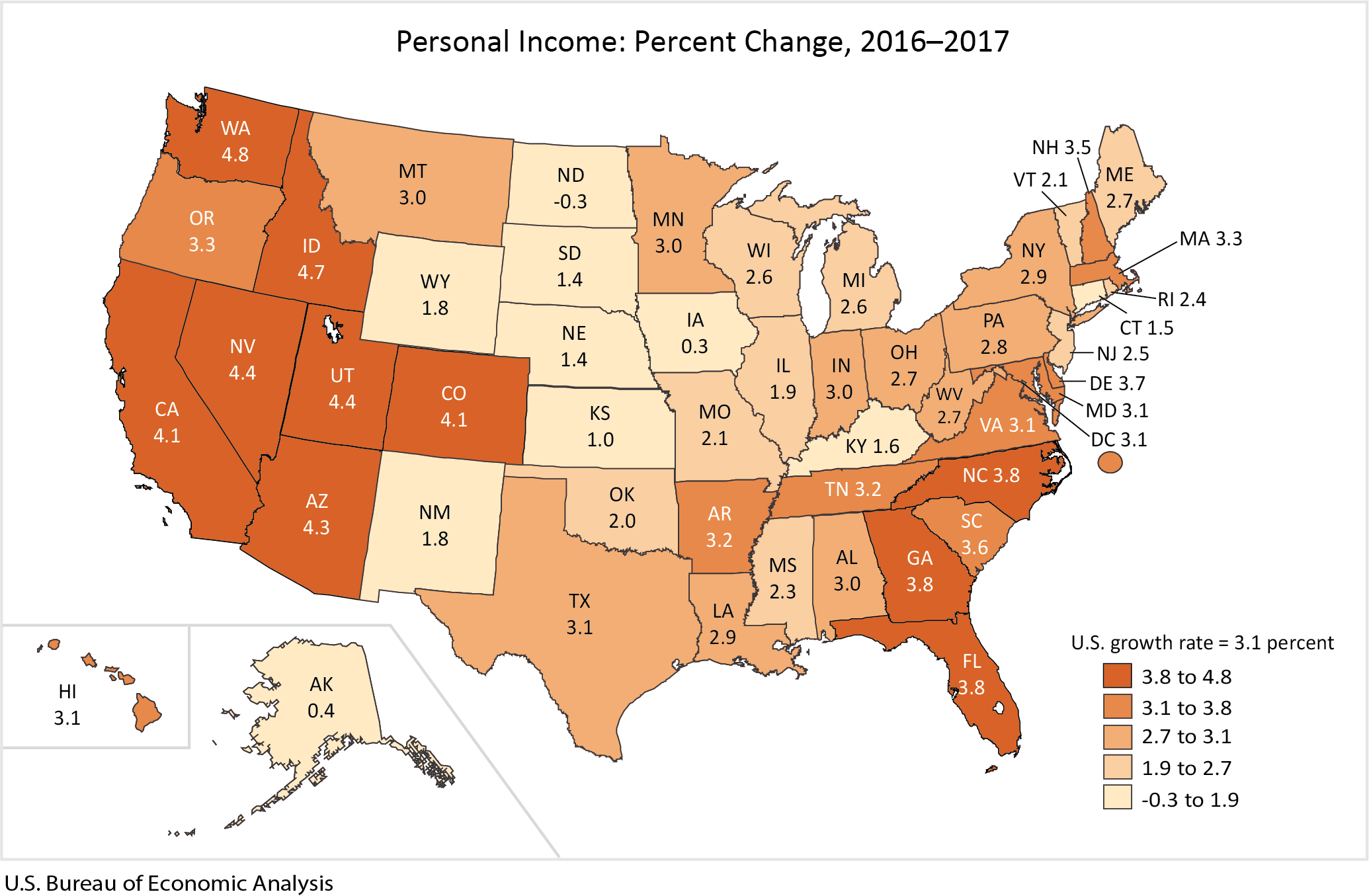 Earnings increased 3.1 percent in 2017 and was the leading contributor to growth in personal income in most states, including the five fastest growing states—Washington, Idaho, Nevada, Utah, and Arizona (table 2). 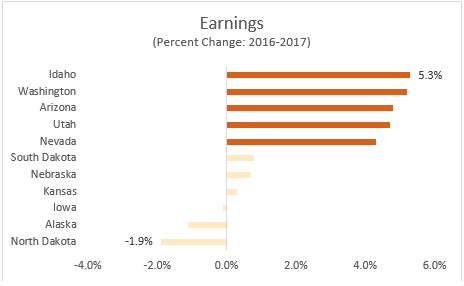 For the nation, earnings increased in 22 of the 24 industries for which BEA prepares estimates (table 5). Earnings growth in three industries—health care and social assistance; professional, scientific, and technical services; and construction—were the leading contributors to overall growth in personal income.

Farm earnings decreased 6.6 percent for the nation in 2017. This was the fourth consecutive annual decrease in farm earnings and was the leading contributor to slow earnings growth in Kansas, Nebraska, and South Dakota, and to decreases in earnings in Iowa and North Dakota.

Mining earnings, which for the nation has decreased 35 percent since 2014, decreased 2.7 percent in 2017 and was the leading contributor to a decrease in earnings in Alaska.

Table 3. Contributions of Earnings to Percent Change in Personal Income by Industry, State and Region, 2016-2017

Table 8. Contributions of Earnings to Percent Change in Personal Income by Industry, State and Region, 2017:Q3-2017:Q4