These data have been superseded. Please see our latest releases for current estimates and contact information.
Explore Product View
BEA 19-09 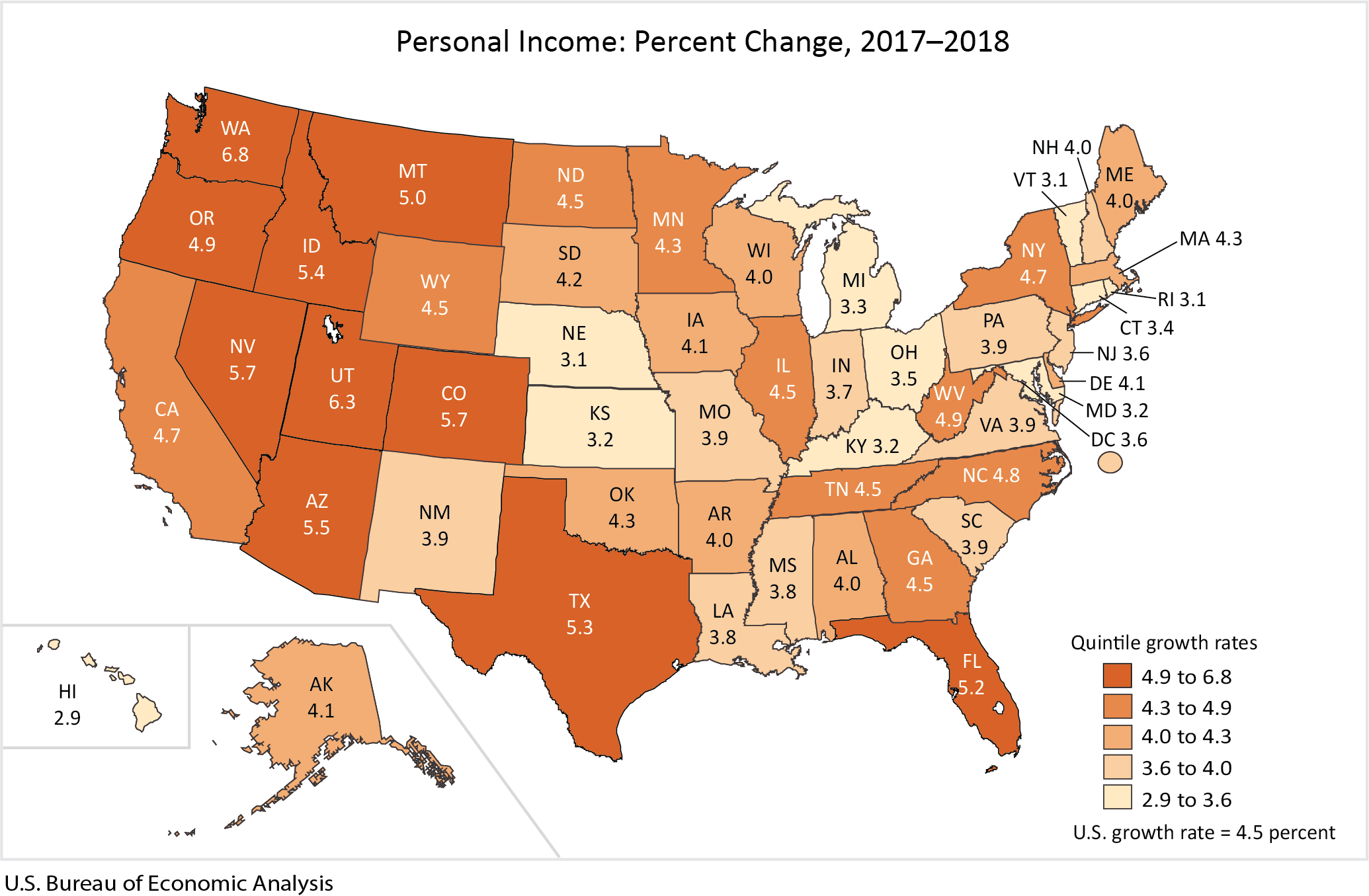 Earnings. Earnings increased 4.4 percent in 2018 and was the leading contributor to growth in the five fastest growing states—Washington, Utah, Nevada, Colorado, and Arizona.

For the nation, earnings increased in all 24 industries for which BEA prepares estimates (table 4). Earnings growth in three industries—professional, scientific, and technical services; health care and social assistance; and construction—were the leading contributors to overall growth in personal income. 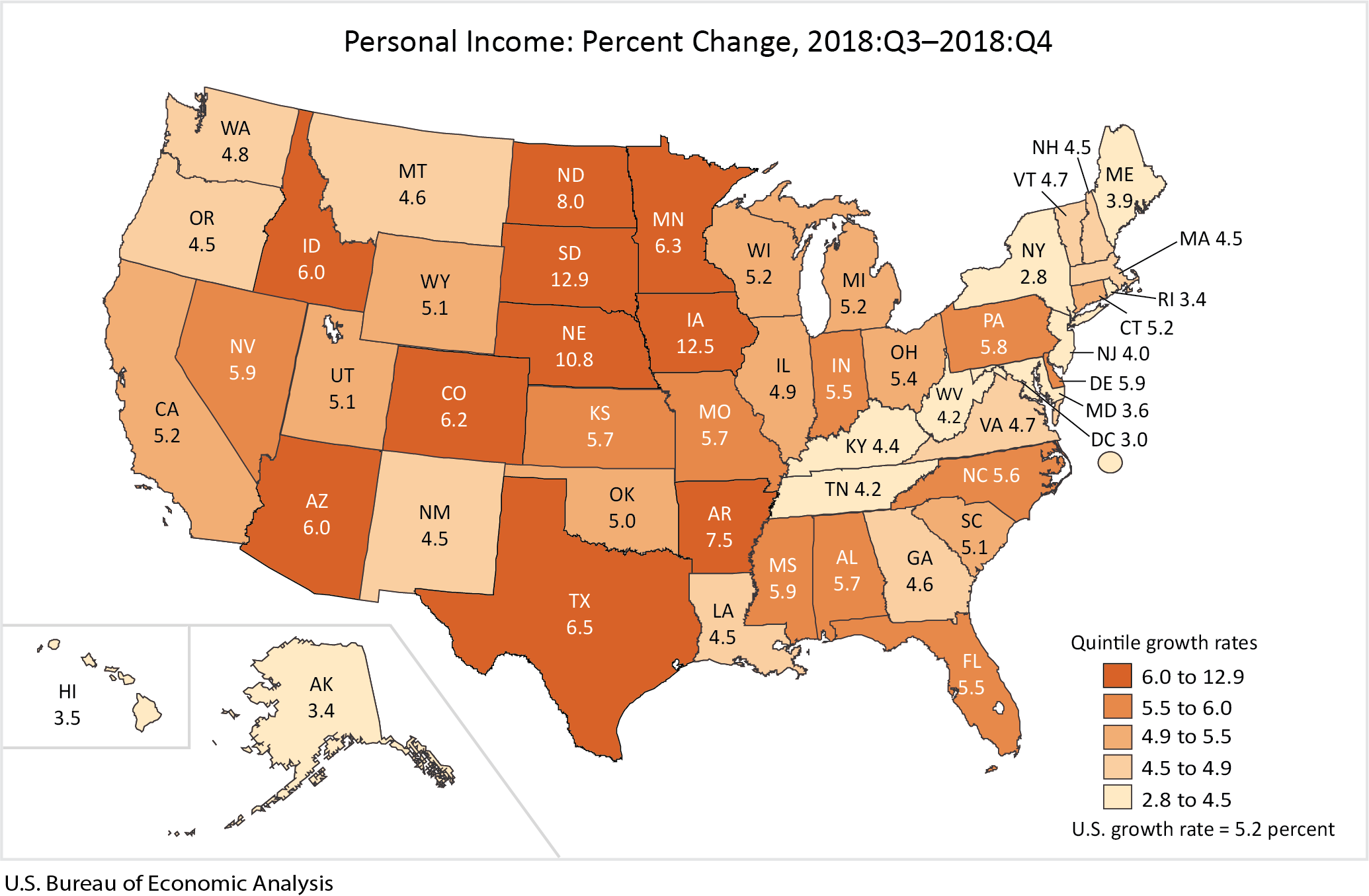 Quarter-to-quarter percent changes are calculated from unrounded data and are annualized. Annualized growth rates show the rate of change that would have occurred had the pattern been repeated over four quarters (one year). Annualized rates of change can be calculated as follows: (((level of later quarter / level of earlier quarter)^4)-1)*100. Quarterly estimates are expressed at seasonally adjusted annual rates, unless otherwise specified. Quarter-to-quarter dollar changes are differences between published estimates.

Table 3. Contributions of Earnings to Percent Change in Personal Income by Industry, State and Region, 2017-2018

Table 7. Contributions of Earnings to Percent Change in Personal Income by Industry, State and Region, 2018:Q3-2018:Q4