The Bureau of Economic Analysis released a new set of statistics detailing how much the United States spends to treat different diseases and medical conditions.

The statistics, part of BEA’s Health Care Satellite Account created in 2015, offer a new way of looking at health care spending.  They break out spending by the treatment of disease, such as circulatory diseases or cancers, rather than by place of service, such as hospital or doctor’s office.  The newly released statistics update previous estimates and cover the year 2014.

Here are some findings: 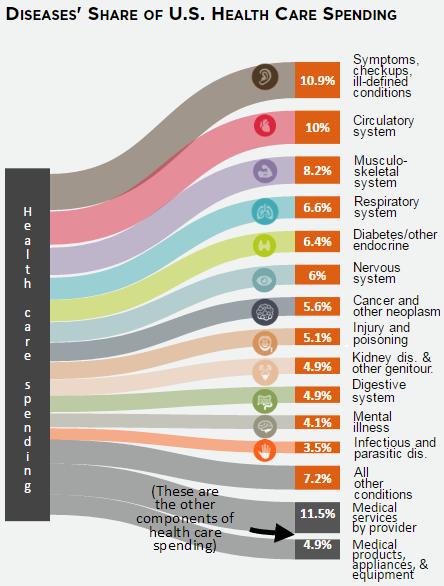 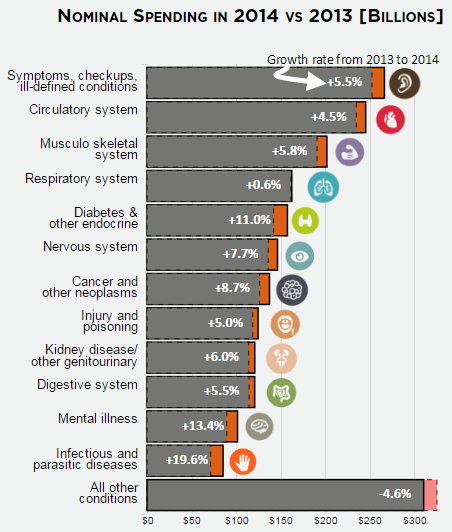 The statistics cited in this blog come from BEA’s “Blended Account,” which combines data from multiple sources, including large claims databases, covering millions of enrollees and billions of claims.  The newly released statistics, along with information about BEA’s Health Care Satellite Account, are available on our public website.

The Health Care Satellite Account provides an alternative view of the health care sector that may lead to a better understanding of health care spending trends and policies, such as the Affordable Care Act. Researchers should keep in mind that many factors may be involved in spending changes, such as demographic factors, treatment practices, and changing technologies.  Careful analysis is necessary to attribute spending changes to different causes. A future blog post will look at the macroeconomic aspects of the new estimates.