New Arts and Culture Stats Zoom in on States

In the big picture, arts and culture account for 4.2 percent of the U.S. economy in the Bureau of Economic Analysis' latest statistics. Want to zoom in for a close-up? Now you can, using detailed data that are available for each state for the first time. 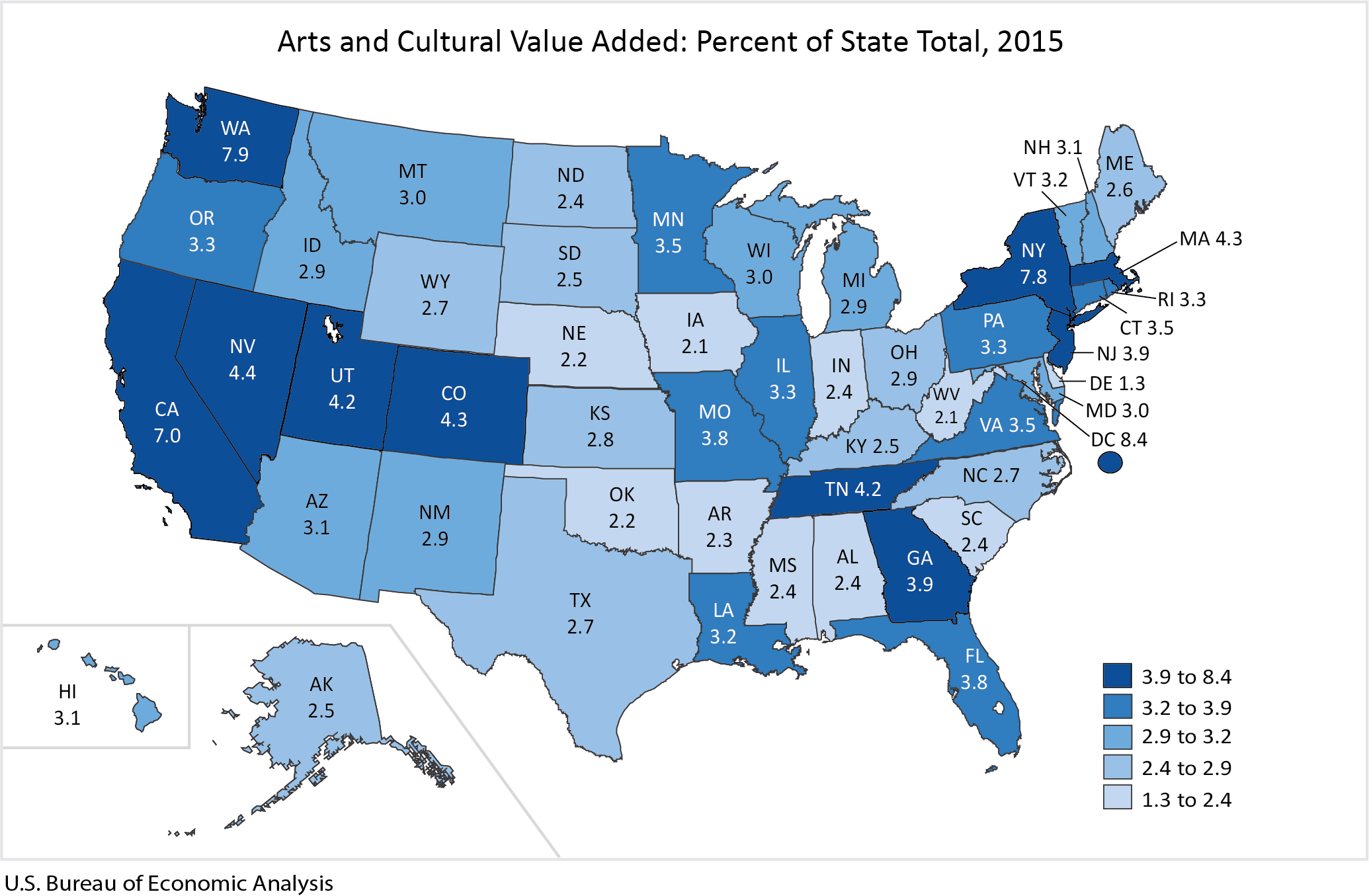 You can see, for example, that Washington state, New York, California, Nevada, Colorado, Massachusetts and the District of Columbia all have larger arts and culture shares of GDP than does the nation as a whole.

Look even closer at these annual statistics, now updated for 2015, to see which arts and culture industries played starring roles in a state and how many people they employed.

Interested in publishing in Massachusetts? Broadcasting in Colorado? Jewelry and silverware making in Rhode Island? The details are in BEA's state-by-state tables for the Arts and Cultural Production Satellite Account.

That's just a preview. You can find all the state and national data and the accompanying news release on BEA's Arts and Culture Satellite Account web page.