Real gross output, compensation, and employment all grew faster in outdoor recreation than in the overall economy, the U.S. Bureau of Economic Analysis found.

Growth in Outdoor Recreation Compared to Growth in the U.S. Economy, 2015-2016 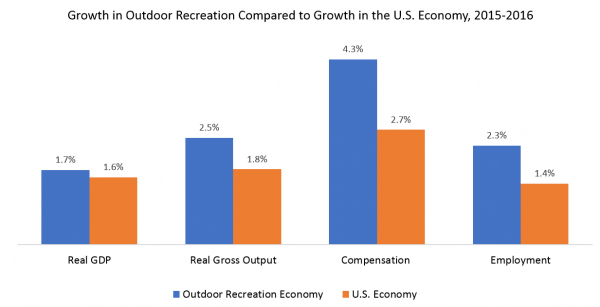 In the Outdoor Recreation Satellite Account, gross output—principally a measure of sales or receipts—is presented both by industry and by activity. The activities include core activities, such as boating, bicycling, and hunting, and also supporting activities, such as construction, travel, and government spending related to outdoor recreation.