Real gross domestic product (GDP) increased 2.2 percent in the fourth quarter of 2018, according to the “third” estimate released by the Bureau of Economic Analysis. The growth rate was revised down 0.4 percentage point from the “initial” estimate released in February. In the third quarter, real GDP increased 3.4 percent. 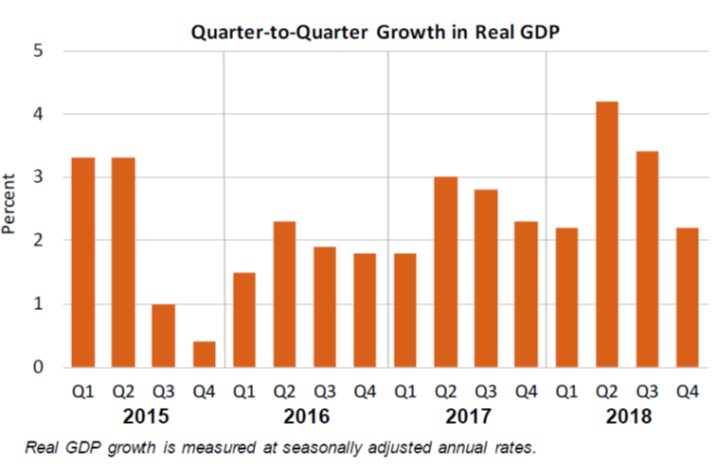 These contributions were partly offset by decreases in housing investment and government spending.
Imports, which are a subtraction in the calculation of GDP, increased.

Updates to GDP
The downward revision to real GDP growth was primarily accounted for by revisions to consumer
spending, state and local government spending, and business investment that were partly offset by a
downward revision to imports. For additional information see the technical note. 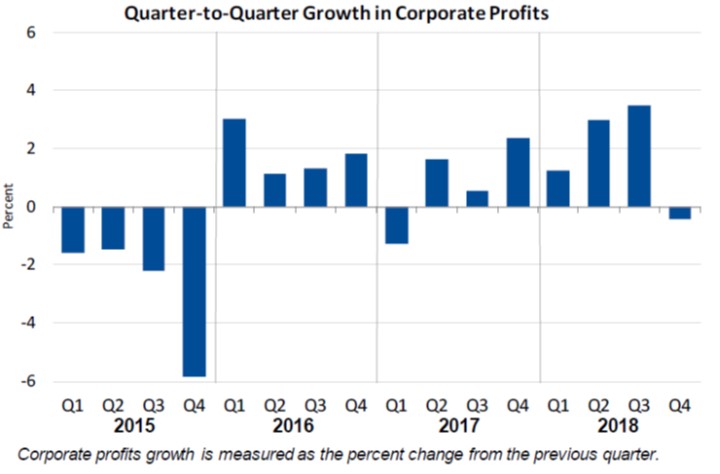 Corporate profits decreased 0.4 percent at a quarterly rate in the fourth quarter of 2018 after increasing 3.5 percent in the third.

Corporate profits with inventory valuation and capital consumption adjustments increased 7.4
percent from the fourth quarter of 2017.