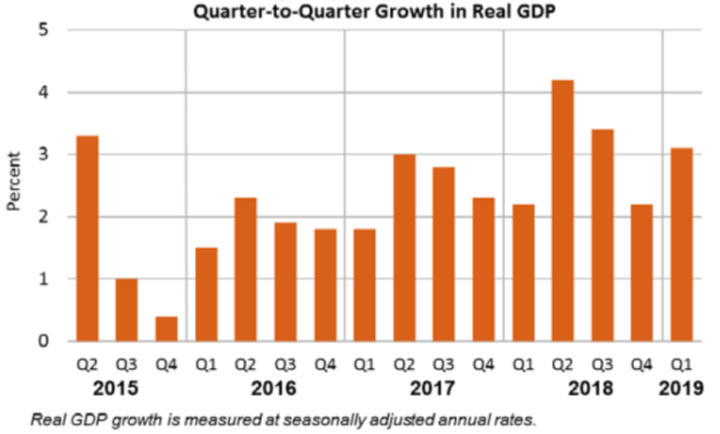 GDP highlights
The increase in real GDP reflected increases in consumer spending, inventory investment, exports, state and local government  spending, and business investment. Imports, which are a subtraction in the calculation of GDP, decreased. 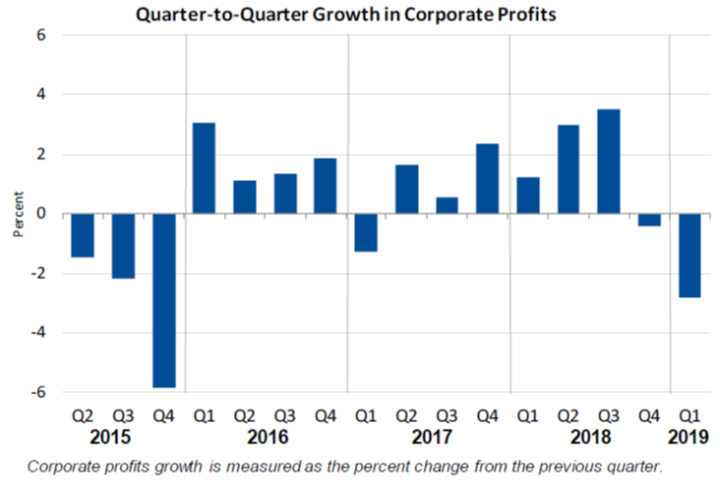 Corporate Profits
Corporate profits decreased 2.8 percent at a
quarterly rate in the first quarter of 2019 after decreasing 0.4 percent in the fourth quarter
of 2018.