Real gross domestic product (GDP) increased 2.0 percent in the second quarter of 2019, according to the “third” estimate released by the Bureau of Economic Analysis. The growth rate was the same as in the “second” estimate released in August. In the first quarter, real GDP rose 3.1 percent.

GDP highlights
The second-quarter increase in real GDP reflected increases in consumer spending and government spending, while inventory investment, exports, business investment, and housing investment decreased. Imports, which are a subtraction in the calculation of GDP, decreased. 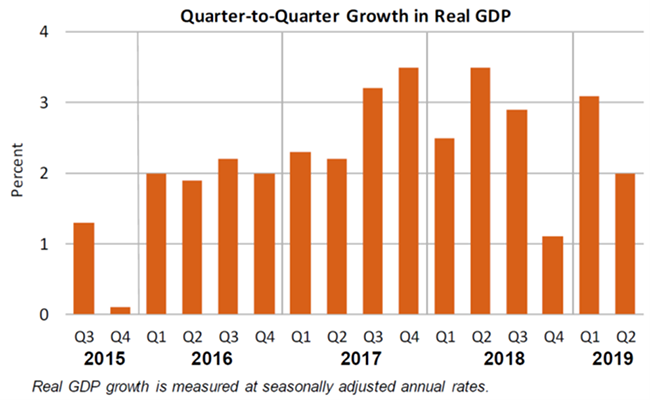 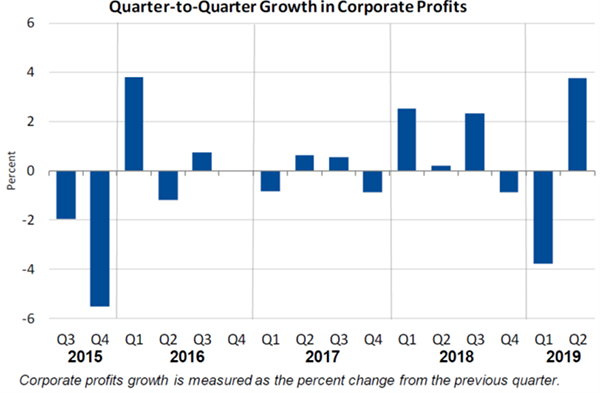 Corporate profits from current production
Profits increased 3.8 percent at a quarterly rate in the second quarter after decreasing 3.8 percent in the first quarter.