State personal income increased 3.8 percent at an annual rate in the third quarter of 2019, a deceleration from the 4.4 percent increase in the second quarter. The percent change in personal income across all states ranged from 15.2 percent in South Dakota to 1.9 percent in West Virginia and Wyoming. 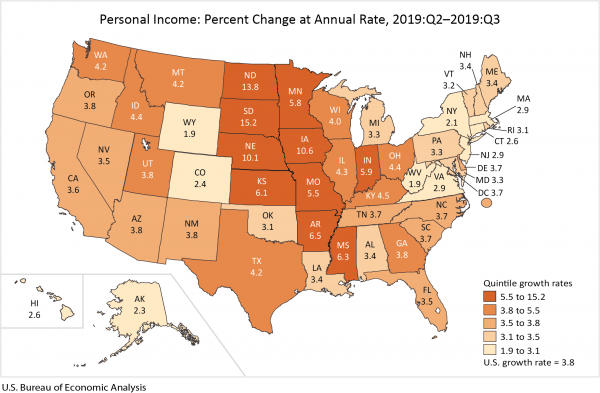