Real gross domestic product (GDP) decreased at an annual rate of 31.7 percent in the second quarter of 2020, according to the “second” estimate released by the Bureau of Economic Analysis. The change was 1.2 percentage points higher than the “advance” estimate released in July. In the first quarter of 2020, real GDP decreased 5.0 percent. For more details, including source data, see the Technical Note.

Second-quarter GDP highlight
The second-quarter decrease in real GDP reflected decreases in consumer spending, exports, business investment, inventory investment, and housing investment that were partially offset by an increase in government spending. Imports, a subtraction in the calculation of GDP, decreased. 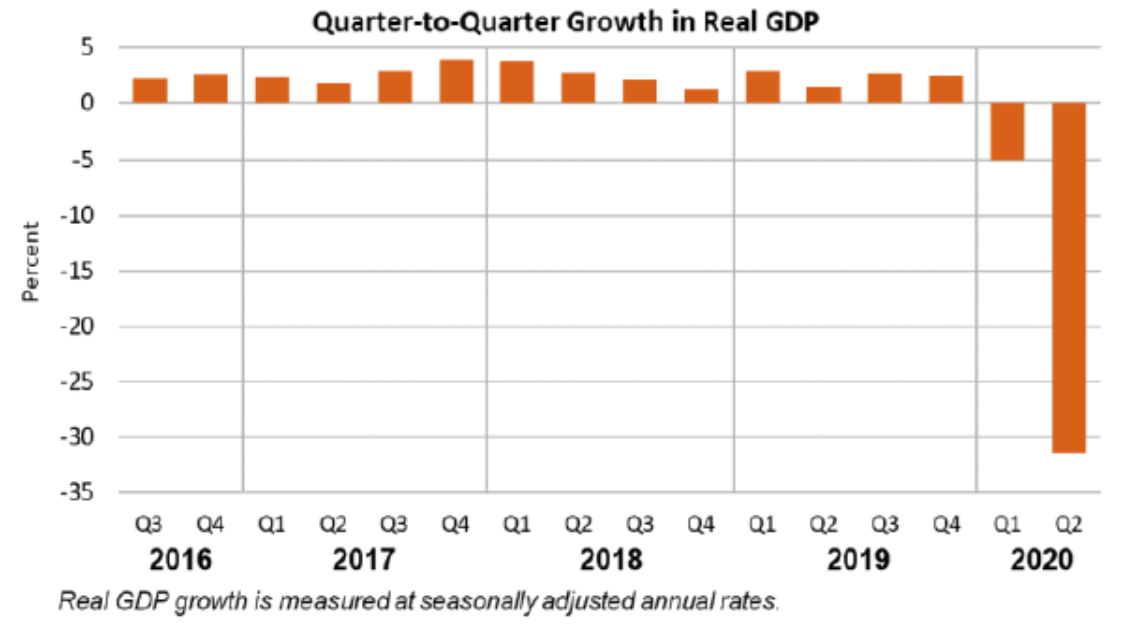 The increase in government spending reflected an increase in federal spending related to payments made to banks for processing and administering the Paycheck Protection Program loan applications. 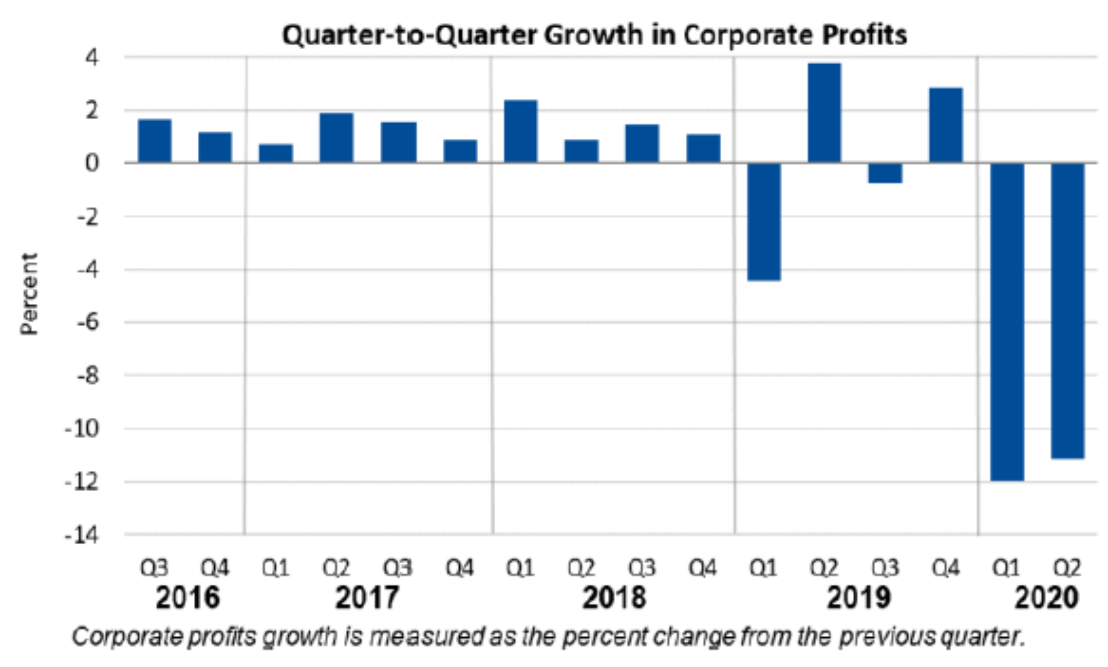