The Bureau of Economic Analysis on Monday released prototype annual estimates of gross domestic product for Puerto Rico for 2012 to 2018. This release represents another major step by the Bureau to develop comprehensive economic accounts for Puerto Rico that are consistent with international guidelines and that are directly comparable to data for other states and countries.

In conjunction with this release, BEA is requesting feedback to refine the data sources and methods used to prepare these statistics.

The prototype estimates showed that the Puerto Rico economy, as measured by inflation-adjusted (or “real”) GDP, expanded from 2012 to 2014, before turning down in 2015 and continuing to decrease through 2018. As shown in Chart 1, exports of goods and services was a key contributor to changes in real GDP over this period. 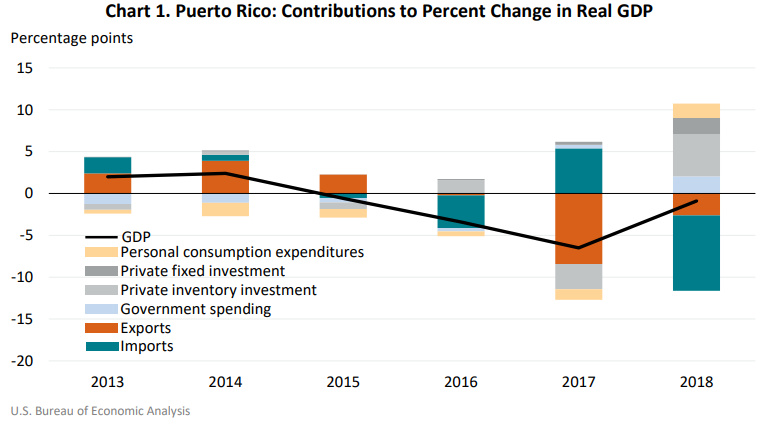