The percent change in real state personal income ranged from 4.1 percent in Maine to 0.7 percent in Hawaii, Wyoming, and Rhode Island. 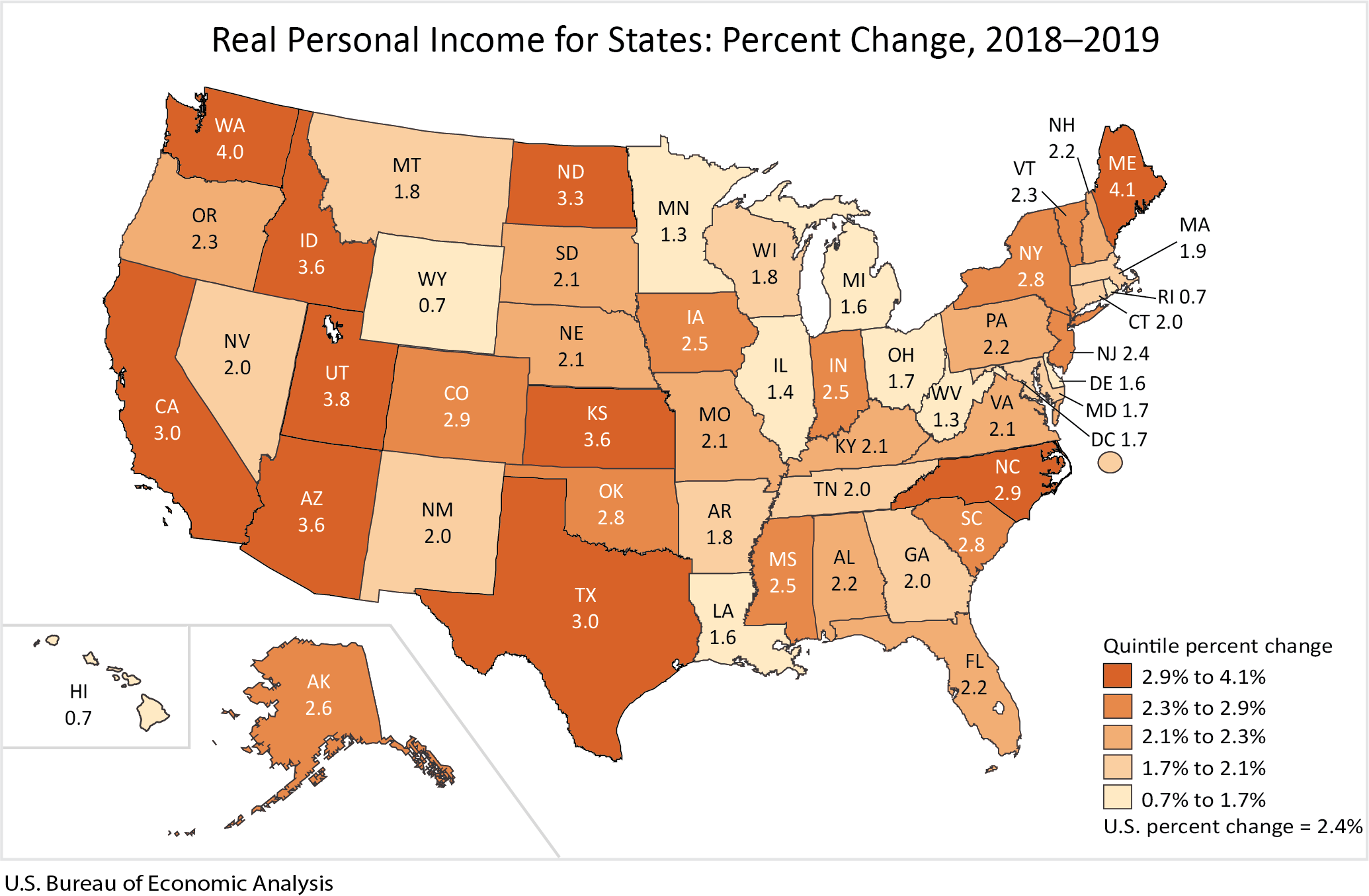