Real gross domestic product (GDP) increased at an annual rate of 33.4 percent in the third quarter of 2020, as efforts continued to reopen businesses and resume activities that were postponed or restricted due to COVID-19. The change was 0.3 percentage point higher than the “second” estimate released in November. In the second quarter of 2020, real GDP decreased 31.4 percent. For more details, including source data, see the Technical Note and “Federal Recovery Programs and BEA Statistics”. 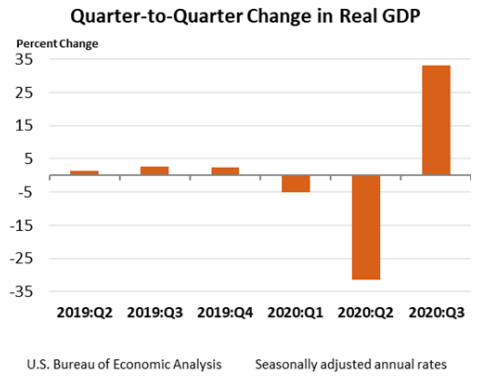 Third-quarter GDP highlights
The third-quarter increase in real GDP reflected increases in consumer spending, inventory investment, exports, business investment, and housing investment that were partially offset by a decrease in government spending. Imports, a subtraction in the calculation of GDP, increased.

Updates to GDP
The revision to GDP primarily reflected upward revisions to consumer spending and business investment that were partly offset by a downward revision to exports. 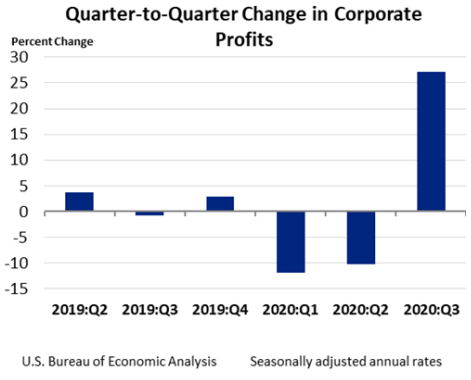