Innovation at BEA: Data Projects in 2021

The Bureau of Economic Analysis continually explores the development of new statistics as part of its mission to provide Americans with a timely, accurate, and in-depth understanding of the changing U.S. economy. We’re working on innovations that are leading to expanded data in several areas. 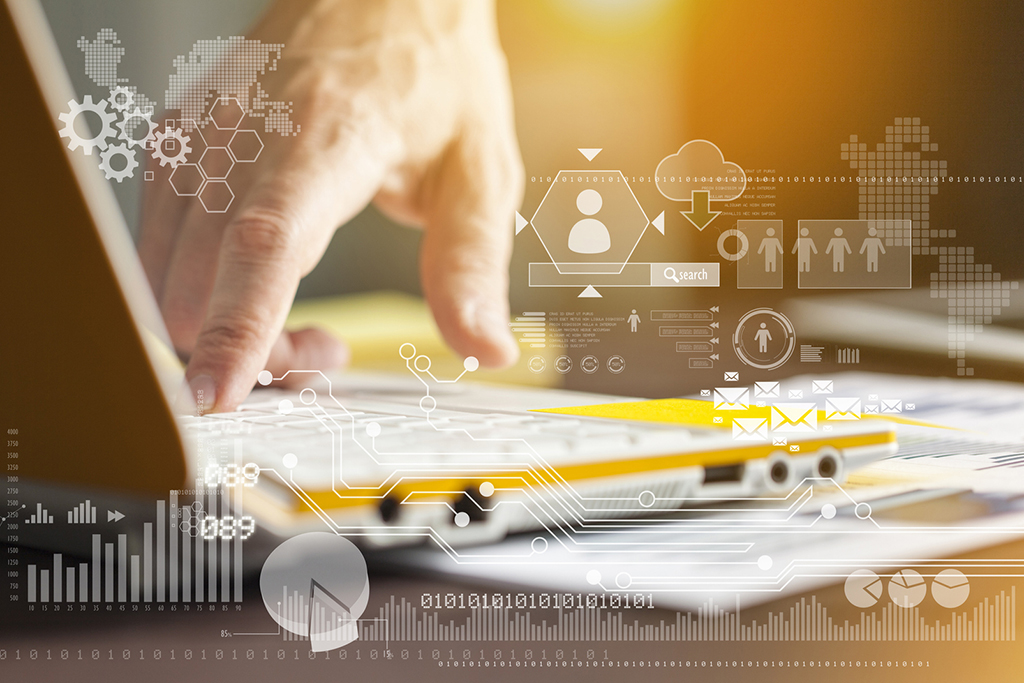 Pandemic: Consumer Spending BEA continues to research the use of card transaction data as an early barometer of spending in the United States. Since the emergence of COVID-19, dramatic and fastmoving changes to the U.S. economy have increased the public’s and policymaker’s needs for more frequent and timely economic data. In response, BEA is using daily payment card data, such as credit card data, to measure the effects of the pandemic on spending. Updates are posted approximately once a week on our website. These data also provide an early read of spending that informs BEA’s monthly and quarterly official estimates of spending on services.

Pandemic: Recovery When the pandemic was declared in mid-March 2020, BEA began producing special data tables and other materials that make it easier to see how pandemic relief payments and programs show up in BEA’s statistics, including national and state gross domestic product (GDP) and personal income data.
Income Distribution BEA has developed a new set of prototype statistics taking total U.S. personal income, a primary economic indicator, and measuring how it is distributed across households in different income groups. These statistics offer insights into how American households share in the nation’s overall economic growth. The statistics include the distribution of personal disposable income, which measures income after paying taxes. Estimates for the years 2007-2018 were published in December 2020. BEA will continue to refine the methodology before it begins publishing statistics on the distribution of U.S. personal income regularly. Looking ahead, BEA plans to research producing these statistics for each state. The bureau also will research development of statistics on the distribution of personal consumption expenditures (known as consumer spending).
Well-Being BEA has produced a new series of prototype measures of economic well-being and longterm growth. This series looks at complementary measures to GDP, which is primarily a measure of production in the United States. The measures offer data users a new tool for analyzing Americans’ wellbeing. BEA expects to update this series each year. Going forward, BEA plans to expand the project with additional measures of well-being.
Real Consumer Spending by State In December 2021, BEA plans to produce for the first time official real, or inflation-adjusted, statistics tracking consumer spending over time in each state. These new annual statistics, for 2008 through 2020, will be adjusted for inflation using BEA’s personal consumption expenditure (PCE) by state price index, which measures U.S. price changes over time, and BEA’s regional price parities, which capture price level differences across states. (BEA already estimates annual consumer spending figures by state at current dollars.)
Space Economy BEA released its first set of preliminary statistics measuring the contributions of spacerelated industries to the overall U.S. economy in December 2020. These estimates, covering 2012-2018, give business leaders, policymakers, and the public a new tool to analyze the space economy and to inform investment decisions. The preliminary estimates include the U.S. space economy’s GDP, gross output, private employment, and private compensation by industry. BEA will continue to explore options for further space economy work and extensions of the statistics.
Small Business BEA has begun developing a new set of statistics to better track the growth of small businesses and their contribution to the U.S. economy. The statistics, which will provide information on businesses by size and by industry, can aid analysis of this important part of the economy.
Ocean (Marine) Economy BEA, in partnership with the National Oceanic and Atmospheric Administration (NOAA), developed prototype statistics measuring the marine economy, covering 2014- 2018. This project calculates the contribution to GDP from commercial fishing, shipbuilding, seaports, and more. The statistics include marine activity in the Great Lakes, the Chesapeake Bay, and Puget Sound, and international seaports such as those in Portland, Ore., and Baton Rouge, La., located miles from the coast. Looking ahead, the bureau is examining the development of additional ocean statistics, possibly including data for each state.
Puerto Rico In 2020 BEA published prototype Puerto Rico GDP statistics for 2012-2018. In 2021, BEA will finalize its methodology and produce GDP data for Puerto Rico covering 2019. BEA’s new Puerto Rico GDP statistics offer data users insights into Puerto Rico’s economic trends, enable better comparisons between Puerto Rico and the nation, states, other U.S. territories, and other countries, and support Puerto Rico’s economic development strategies.
Digital Economy BEA is developing tools to better capture the effects of fast-changing technologies on the U.S. economy and on global supply chains. This project seeks to calculate the digital economy’s contributions to GDP, improve measures of high-tech goods and services, and offer a more complete picture of international trade. As part of the project, BEA found that the digital economy accounted for 9.0 percent of U.S. GDP, or $1.8 trillion, in 2018.
Global Value Chains BEA continues to conduct research into measuring the creation and use of intellectual property in global value chains. In partnership with the National Center for Science and Engineering Statistics, BEA will release prototype trade-in-value-added statistics in 2021, providing new insights into the way U.S. industries engage in international trade.
Health Care A new batch of statistics on how much Americans spent to treat more than 200 specific medical conditions, such as heart attacks and kidney disease, is slated for release this year. These data are part of the Health Care Satellite Account, which is BEA’s newest way of analyzing health care spending. Data are broken out by treatment of disease, rather than by place of service, such as a hospital or doctor’s office.
Outdoor Recreation Statistics showing the role of outdoor recreation in the national economy and in each state’s economy will be released in 2021. These statistics measure the size and growth of the outdoor recreation economy. They capture the economic effects of activities such as biking, boating, hiking, RVing, and skiing and show the extent to which industries like retail trade and manufacturing contribute to the outdoor recreation economy.
Arts and Culture A new set of data will be released in 2021 showing the impact the arts have on the U.S. economy and on the economies of all 50 states and the District of Columbia. The arts and cultural economy includes music, theater, museums, historical sites, nature parks, and more. These statistics show arts and culture’s contributions to GDP, output, employment, and compensation.
Download Acrobat Reader