The statistics released today are updated to include refinements in methodology and presentation incorporated by BEA after receiving public feedback to the prototype statistics released June 2, 2020. The Marine Economy Satellite Account is the latest addition in a series of satellite accounts complementing BEA’s statistics. These satellite accounts do not change BEA’s core statistics, such as GDP. They provide greater detail and allow closer analysis of a specific area of the economy by extracting information embedded in the core economic statistics.
Marine Economy by Activity 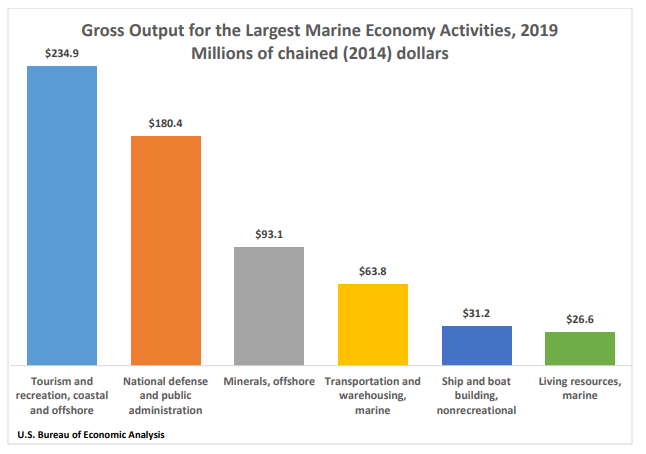