Real gross domestic product (GDP) increased at an annual rate of 6.6 percent in the second quarter of 2021, reflecting the continued economic recovery, reopening of establishments, and continued government response related to the COVID-19 pandemic. The increase was revised up 0.1 percentage point from the “advance” estimate released in July. In the second quarter, government assistance payments in the form of loans to businesses and grants to state and local governments increased, while social benefits to households, such as the direct economic impact payments, declined. In the first quarter of 2021, real GDP increased 6.3 percent. For more details, including source data, see the Technical Note and Federal Recovery Programs and BEA Statistics.

Updates to GDP
The update reflects upward revisions to business investment and exports that were partly offset by downward revisions to private inventory investment, housing investment, and state and local government spending. Imports, which are a subtraction in the calculation of GDP, were revised down. 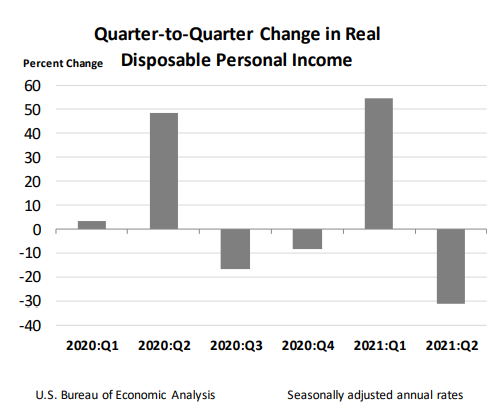 The decrease in current-dollar DPI primarily reflected a decrease in government social benefits related to pandemic relief programs, notably direct economic impact payments to households established by the Coronavirus Response and Relief Supplemental Appropriations Act and the American Rescue Plan Act. Personal saving as a percent of DPI was 10.3 percent in the second quarter, compared with 20.5 percent (revised) in the first quarter. 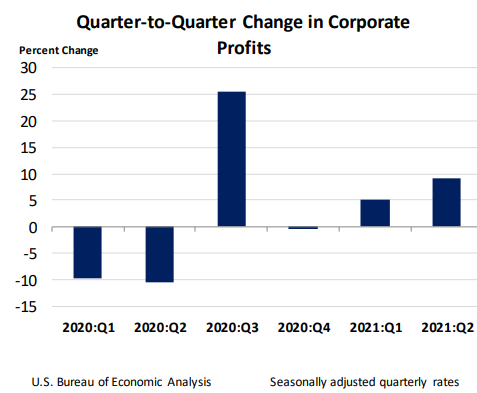 Prices
Prices of goods and services purchased by U.S. residents increased 5.8 percent in the second quarter after increasing 3.9 percent in the first quarter. 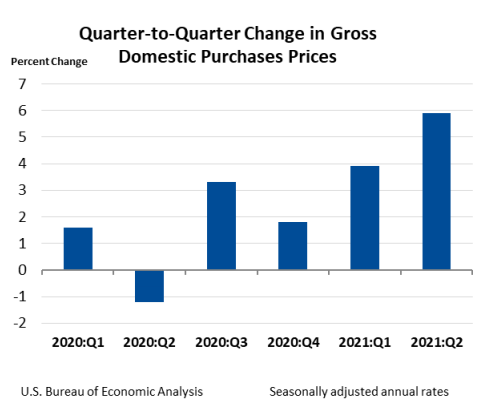