State personal consumption expenditures (PCE) decreased 2.6 percent in 2020 after increasing 3.7 percent in 2019. The percent change in PCE across all 50 states and the District of Columbia ranged from 1.2 percent in Idaho and Utah to –5.8 percent in the District of Columbia. The PCE by state estimates were impacted by the response to the spread of COVID-19, as governments issued and lifted "stay-at-home" orders. This led to rapid changes in demand and consumers canceled, restricted, or redirected their spending. 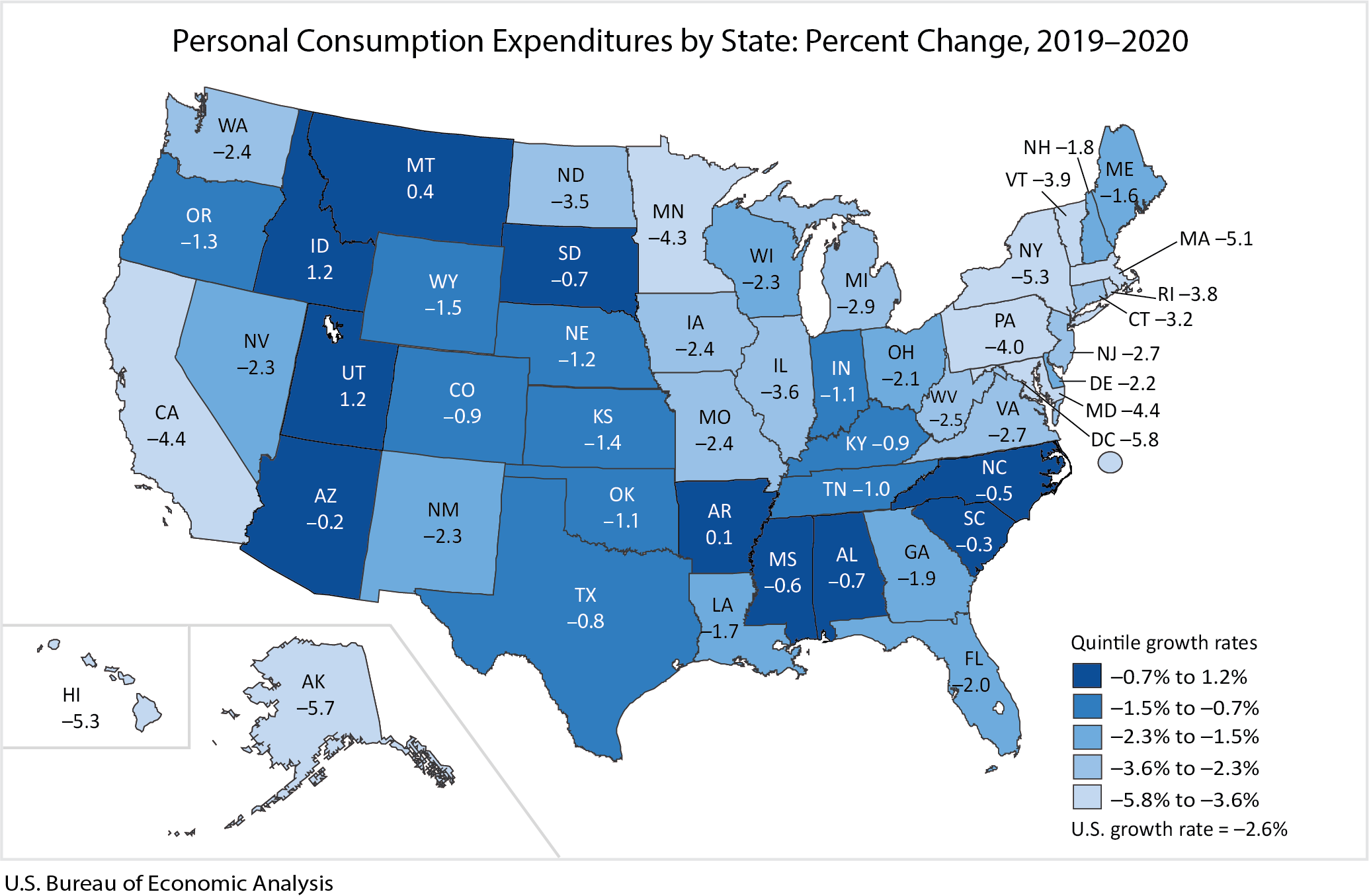