Real gross domestic product for the U.S. Virgin Islands decreased 2.2 percent in 2020 after increasing 2.8 percent in 2019, according to statistics released today by the U.S. Bureau of Economic Analysis. 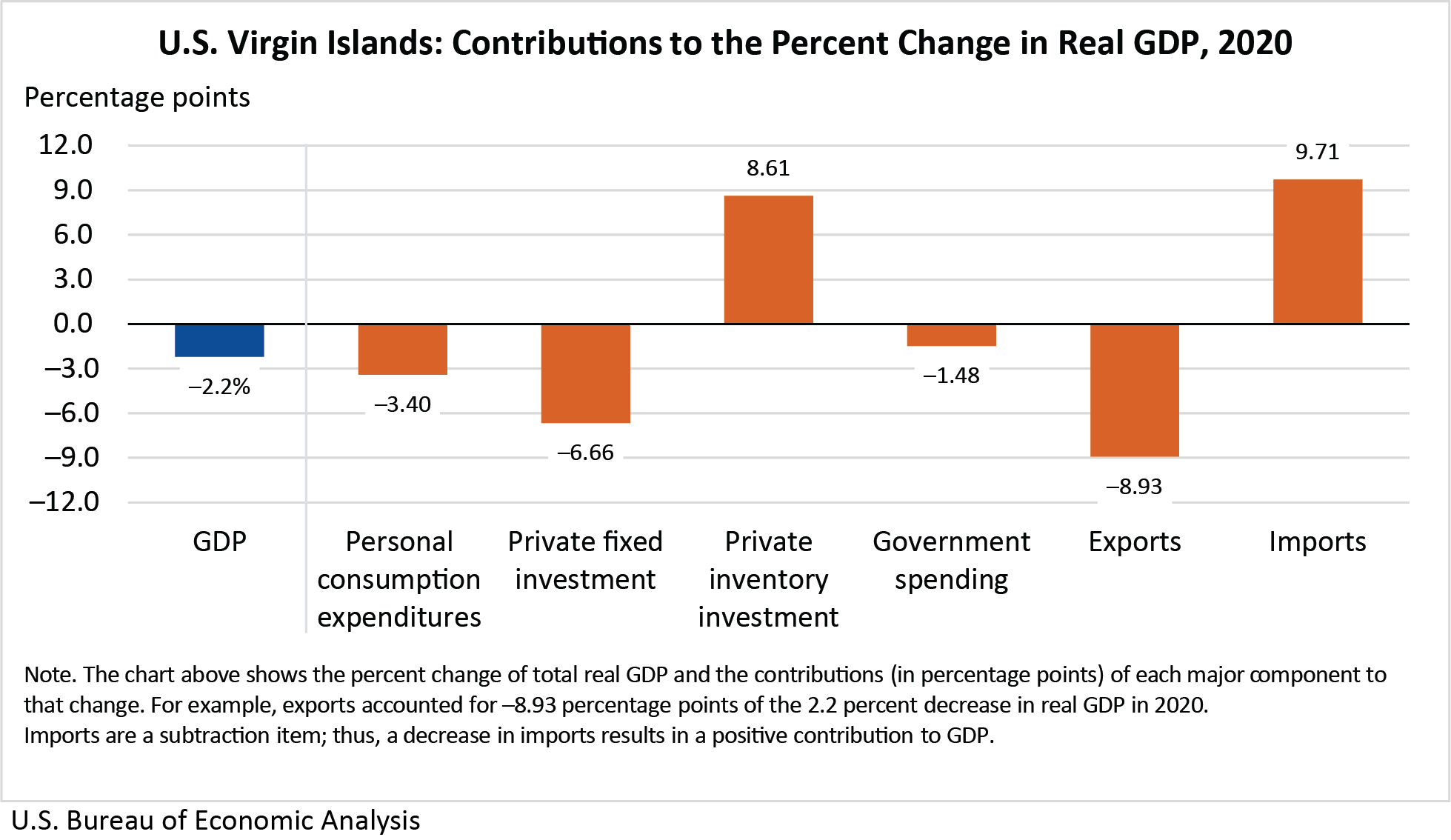 The decrease in real GDP reflected decreases in exports of services, private fixed investment, personal consumption expenditures, and government spending. These decreases were partly offset by an increase in private inventory investment. Imports, a subtraction item in the calculation of GDP, declined.

Exports of services, which consists primarily of spending by visitors, decreased 43.5 percent. Total visitor arrivals declined 58.5 percent, according to statistics from the U.S. Virgin Islands government, reflecting the effects of the COVID-19 pandemic.

Personal consumption expenditures decreased 5.0 percent, reflecting declines in spending on goods, such as motor vehicles and household appliances, and services, as nonessential businesses throughout the territory were subject to mandatory reductions in operations due to the COVID-19 pandemic.

The declines in the components above were partly offset by an increase in private inventory investment, reflecting an increase in crude oil and other petroleum products imported and stored in the islands.

The full effects of the COVID-19 pandemic on the economy of the U.S. Virgin Islands cannot be quantified in the GDP statistics because the impacts are generally embedded in source data and cannot be separately identified.

These statistics were developed under the Statistical Improvement Program funded by the Office of Insular Affairs of the U.S. Department of the Interior.