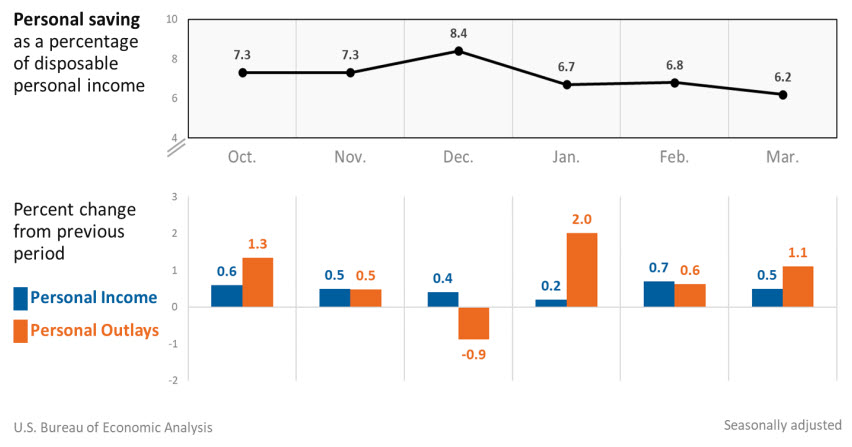 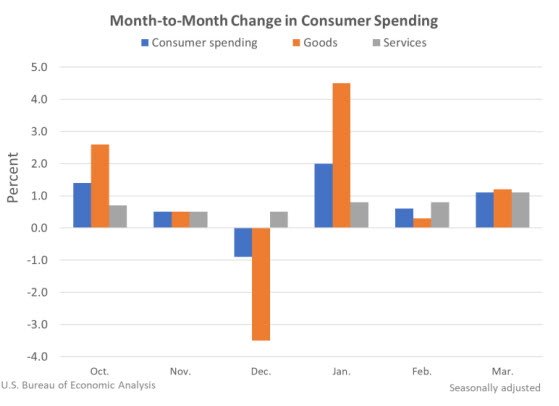 Spending on food services as well as most categories of goods reflect updated Census retail sales data that were recently benchmarked to results from the most recent annual survey. 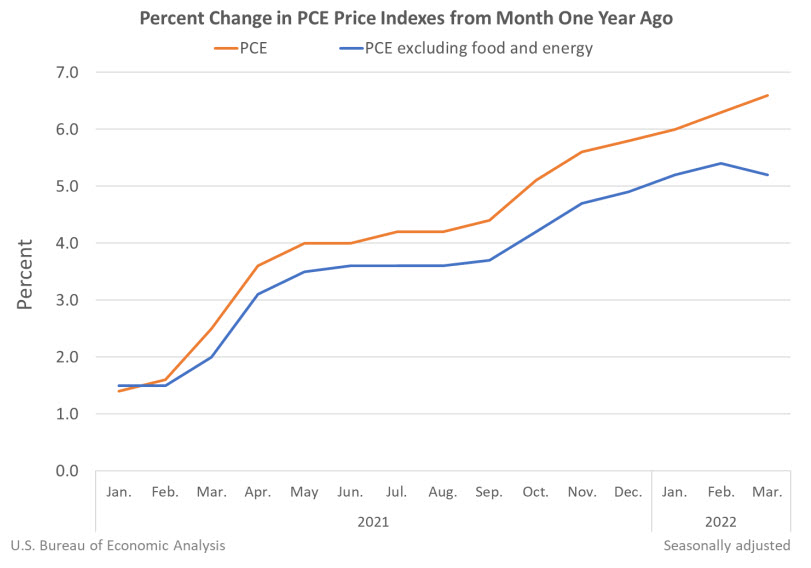