Real gross domestic product for Guam increased 1.1 percent in 2021 after decreasing 11.4 percent in 2020, according to statistics released today by the U.S. Bureau of Economic Analysis. These statistics were developed under the Statistical Improvement Program funded by the Office of Insular Affairs of the U.S. Department of the Interior.

GDP for 2021
The increase in real GDP reflected increases in personal consumption expenditures, government spending, and private fixed investment. These increases were partly offset by a decline in exports of goods and services. Imports, a subtraction item in the calculation of GDP, increased. 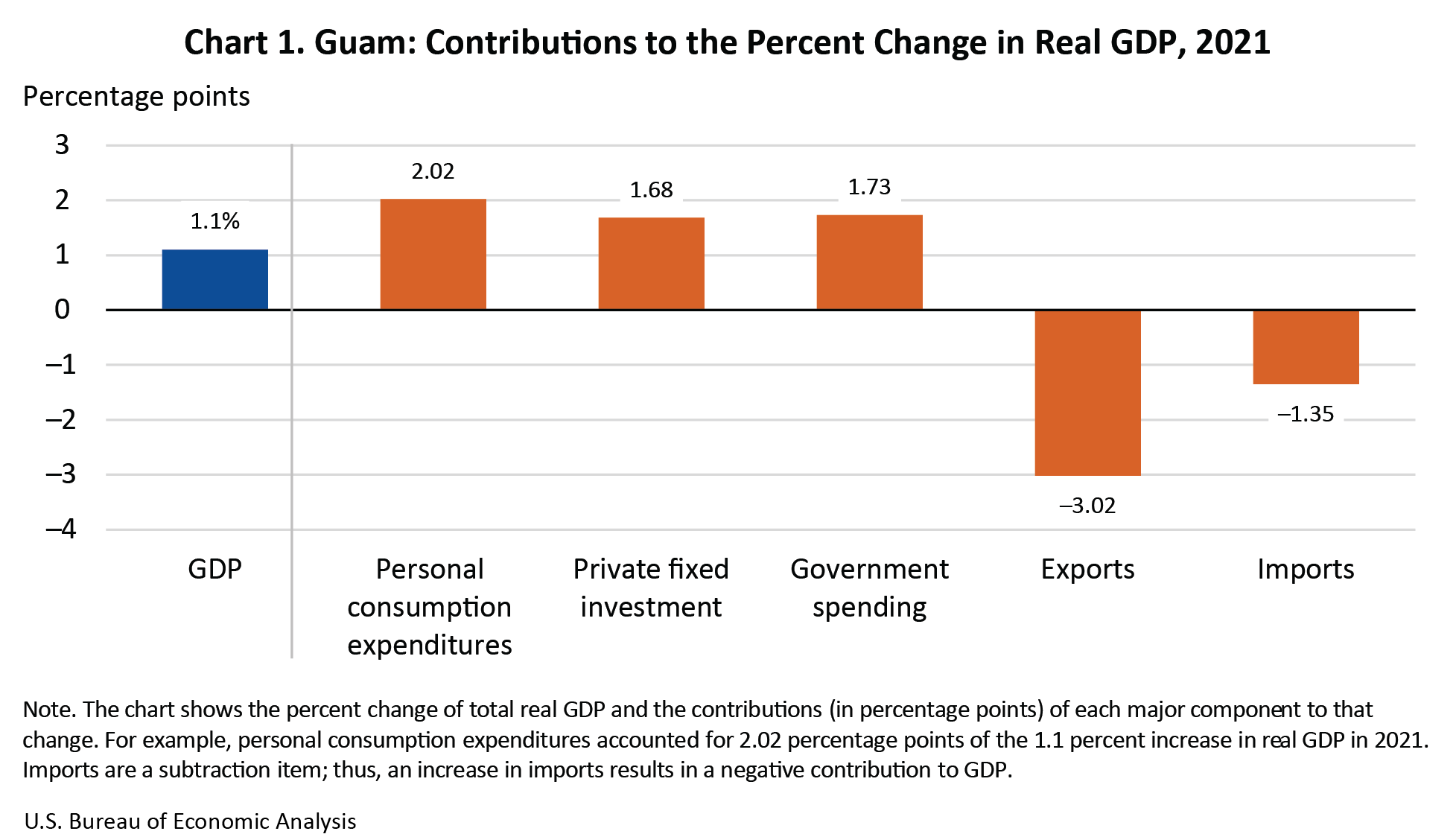 Exports of goods and services decreased 49.2 percent. The decrease in exports was accounted for by exports of services, which consists primarily of spending by visitors. Data from the Guam Visitors Bureau arrival summary reports show that visitor arrivals declined 75.8 percent, reflecting the continued effects of the COVID–19 pandemic.

GDP by industry and compensation by industry for 2020
In 2020, real GDP decreased 11.4 percent. The newly available GDP by industry data, which are released on a 1-year lag, reveal that the private sector was the source of decline in real GDP in 2020.

The private sector decreased 18.8 percent, primarily reflecting a decline in accommodations, food services, and amusements. Data from the Guam Visitors Bureau arrival summary reports show that visitor arrivals declined 80.3 percent in 2020. Wholesale and retail trade also decreased, as nonessential businesses throughout Guam were subject to mandatory reductions in operations due to the COVID–19 pandemic.