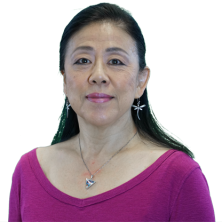 Nowcasting of Advance Estimates of Personal Consumption of Services in the U.S. National Accounts: Individual vs Forecasting Combination Approach (PDF)

Suppose a vector autoregressive moving-average model is estimated for m observed variables of primary interest for an appli-cation and n–m observed secondary variables to aid in the application. An application indicates the variables of primary interest but usually only broadly suggests secondary variables that may or may not be useful. Often, one has many potential sec-ondary variables to choose from but is unsure which ones to include in or exclude from the application. The article proposes a method called weighted-covariance factor decomposition (WCFD), comparable to Stock and Watson’s method here called principle-components factor decomposition (PCFD), for reducing the secondary variables to fewer factors to obtain a parsi-monious estimated model that is more effective in an application. The WCFD method is illustrated in the article by forecasting quarterly observed U.S. real GDP at monthly intervals using monthly observed four coincident and eight leading indicators from the Conference Board (http://www.conference-board.org). The results show that root mean-squared errors of GDP fore-casts of PCFD-factor models are 0.9–11.3% higher than those of WCFD-factor models especially as estimation-forecasting periods pass from the pre-2007 Great Moderation through the 2007–2009 Great Recession to the 2009–2016 Slow Recovery.

The Statistical Reconciliation of Time Series of Accounts between Two Benchmark…

A Balanced System of U.S. Industry Accounts and Distribution of Aggregate Stati…

Estimated U.S. Manufacturing Capital and Productivity Based on an Estimated Dyn…

A Balanced System of Industry Accounts for the U.S. and Structural Distribution of Statistical Discrepancy (PDF)

Measuring the Services of Property-Casualty Insurance in the NIPAs: Changes in …

Higher Moments in the Perturbation Solution of the Linear-Quadratic Exponential…

Analytic Derivatives of the Matrix Exponential for Estimation of Linear Continu…

Numerical Solution of an Endogenous Growth Model with Threshold Learning