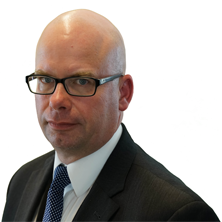 This paper presents proof-of-concept trade-in-value added (TiVA) statistics estimated from extended supply-use tables for the United States that account for firm heterogeneity. The tables used to estimate the TiVA statistics extend recently-introduced supply-use tables for the United States by disaggregating the components of supply and use by multinational and other firms. Recent research has shown both the advantages of measuring trade on a value added basis when analyzing bilateral trade flows and the dominance of multinational enterprises in U.S. trade in goods and services. Our TiVA statistics for the United States include measures based on traditional supply-use presentations as well as statistics that reflect firm-level heterogeneity for the year 2011. The comparative analysis of the two sets of statistics allows us to understand better how firms within industries engage in global value chains and if the incorporation of firm heterogeneity provides a more accurate measurement of TiVA. We find that domestic value added as a share of the value of exports is similar within large industry groups. However, there is much more variation in the value added share of exports when firm type is accounted for. Also, the additional granularity shows the share of this value added that comes directly from the producing industry varies much more across industries.

This paper presents experimental trade-in-value added statistics estimated from extended supply-use tables (SUTs) for the United States for 2005 and 2012 that account for firm heterogeneity. The tables used to estimate the TiVA statistics extend supply-use tables for the United States by disaggregating the components of supply and use by multinational and other firms. We also present preliminary output from a microdata linking project between the U.S. Bureau of Economic Analysis and the U.S. Census Bureau on the U.S. semiconductor and other electronic components manufacturing industry to show how different firm characteristics account for heterogeneity within industries in an extended SUT framework. The rise of global value chains has increased the importance of measuring trade on a value added basis and identifying trade by multinational enterprises when analyzing bilateral trade flows. Our experimental results show that imported content of exports as a share of exports varies notably by firm-type within most industries, and that the imported content of exports is concentrated in a few industries, the largest being petroleum manufacturing. Based on these experimental results, most content of exports by firms in goods producing industries is from U.S. multinational enterprises (MNEs) and most content of exports in services industries is from non-MNEs. However, domestic value added embodied in inputs from upstream foreign affiliates makes a significant contribution to the content of exports in several industries. We also find that several of the industries where value added content of exports by MNEs is concentrated are also industries in which intrafirm trade in goods is concentrated. Estimates based on our microdata linking project suggest that production patterns by ownership, firm size class, and export intensity each exhibit firm heterogeneity to some extent. The ownership criteria best accounts for heterogeneity in the value added share of production among the three criteria, while firm size class accounts for heterogeneity in the export share of production better than the ownership criteria. However, the three criteria are highly correlated and we make no attempt here to isolate the individual effects of each.