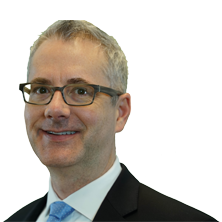 We show how offshore profit shifting by US multinational enterprises affects several key measures of the US economy. Profits shifted out of the United States grew rapidly from the mid-1990s to 2010 and have since waned. From 1982–2016, on average, 38 percent of income attributed to US direct investment abroad is reattributable to the United States. We find that adjusting for profit shifting shrinks the trade deficit, decreases the return on US foreign direct investment abroad, boosts productivity growth rates in the late 1990s and early 2000s, and lowers labor's share of income.

Improved Measures of Housing Services for the U.S. Economic Accounts

Quasi-Corporations and Institutional Sectors in the U.S. National Accounts (PDF)

“Effective regulatory stringency” and firms’ profitability: the effects of effl…

Effects of Environmental Regulation on Actual and Expected Profitability

A Formulary Approach for Attributing Measured Production to Foreign Affiliates …

Locating Production and Income within MNEs: An Alternative Approach based on F…

Formulary Measures for the U.S. Current Account: Accounting for Transactions A…

The Role of Profits and Income in the Statistical Discrepancy

The Effect of Clean Water Regulation on Profitability: Testing the Porter Hypot…

Does the Porter Hypothesis Explain Expected Future Financial Performance? The …

Implementing a Reconciliation and Balancing Model in the U.S. Industry Accounts (PDF)