These data have been superseded. Please see our latest releases for current estimates and contact information.
Explore Product View
BEA 17-35

Expenditures by Foreign Direct Investors for New Investment in the United States, 2014 – 2016 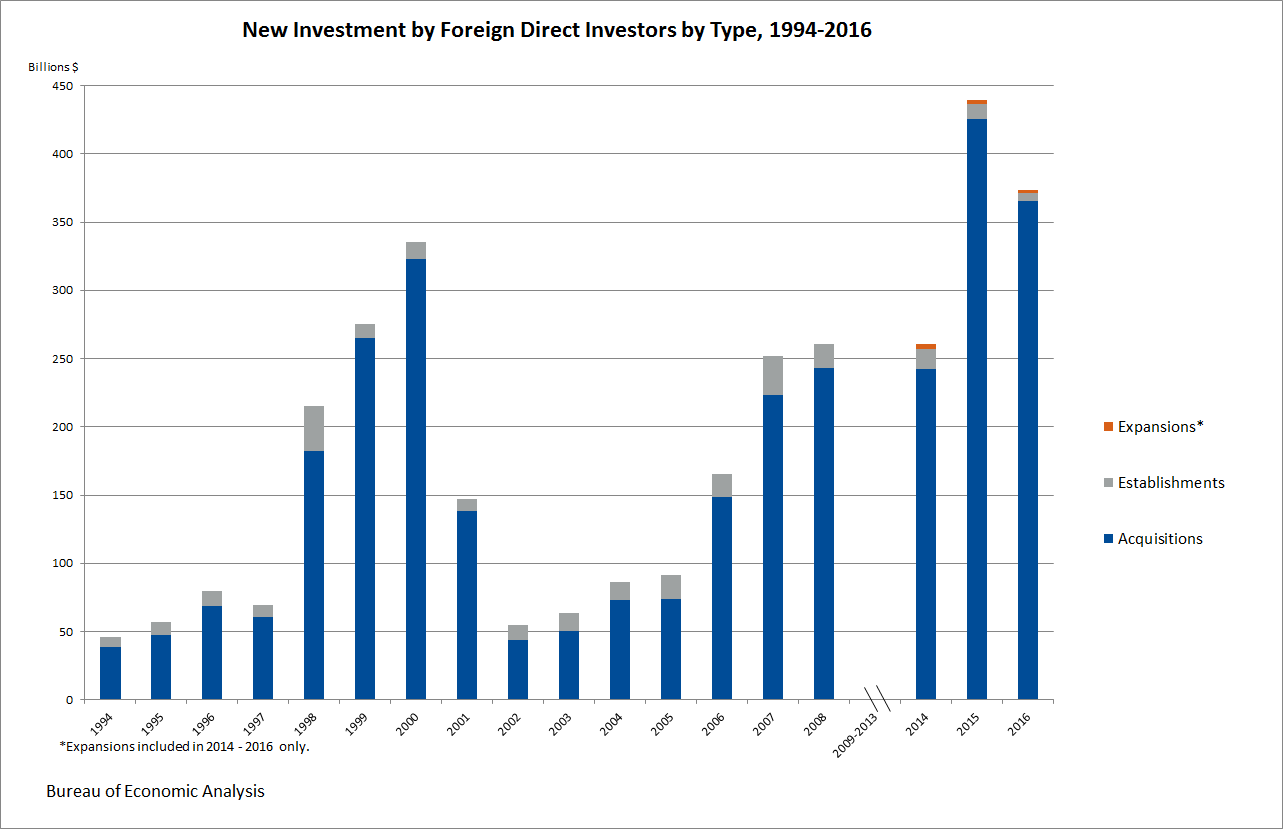 Expenditures by industry, country, and state in 2016

By country of ultimate beneficial owner (UBO), a small number of countries accounted for most of the investment. The largest source country was Canada, with expenditures of $58.5 billion. There were also substantial expenditures from the United Kingdom ($54.5 billion), Ireland ($35.4 billion), and Switzerland ($34.9 billion). By region, about one-half of the new investment in 2016 was from Europe and nearly one-quarter was from the Asia and Pacific region.

By U.S. state, the largest expenditures were for U.S. businesses in California ($64.7 billion), followed by Illinois ($41.3 billion).

New Statistics on Planned and Actual Expenditures for Greenfield Investments

With today’s release, BEA is introducing new statistics on planned expenditures for greenfield investments that were reported when the investment was initiated and updated a year later. These statistics can help answer questions about whether greenfield projects are completed and whether there are significant differences between planned and actual costs. The new statistics are presented by industry, country, state, and type of investment and are available on BEA’s web site.

In addition to the expenditures, the survey also collects data on the activities of the newly acquired, established, or expanded U.S. businesses. These additional data include balance sheet and income statement items, specifically sales, net income, assets, liabilities, and total owner’s equity, as well as the number of employees.

For more information about the survey and statistics see “New Foreign Direct investment in the United States in 2015,” Survey of Current Business 96 (August 2016). An updated article on new foreign direct investment in 2016 will be available in the August issue of the Survey.