These data have been superseded. Please see our latest releases for current estimates and contact information.
Explore Product View
BEA 18-41

Worldwide employment by U.S. multinational enterprises (MNEs) increased 0.4 percent to 42.3 million workers (preliminary) in 2016 from 42.1 million (revised) in 2015, according to statistics released by the Bureau of Economic Analysis on the operations and finances of U.S. parent companies and their foreign affiliates. 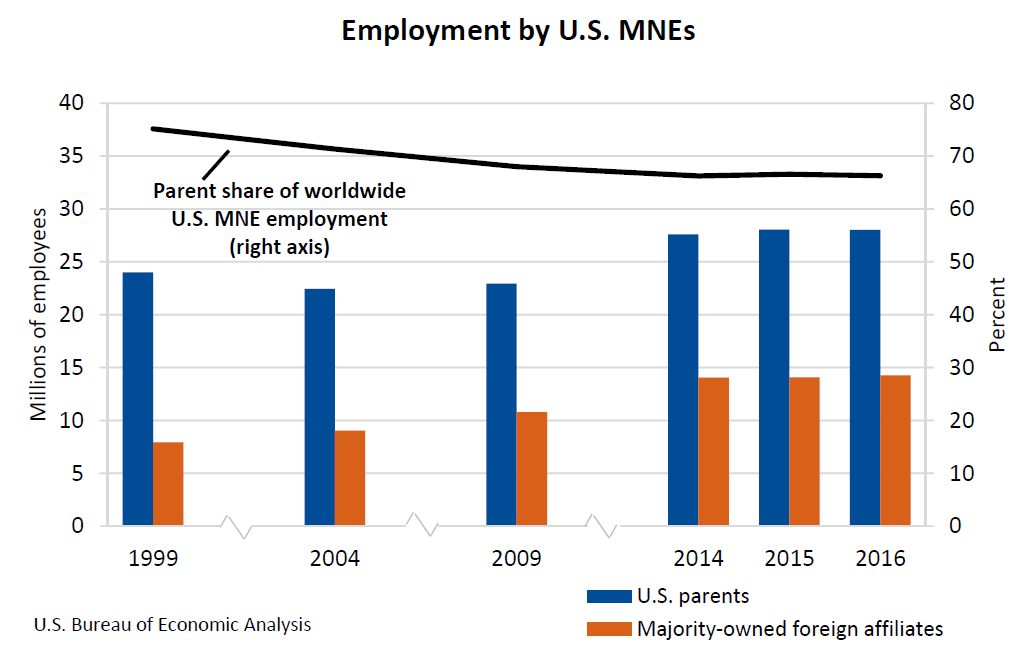 Worldwide research and development expenditures of U.S. MNEs increased 4.9 percent to $350.3 billion. U.S. parents accounted for expenditures of $296.9 billion and MOFAs for $53.5 billion. 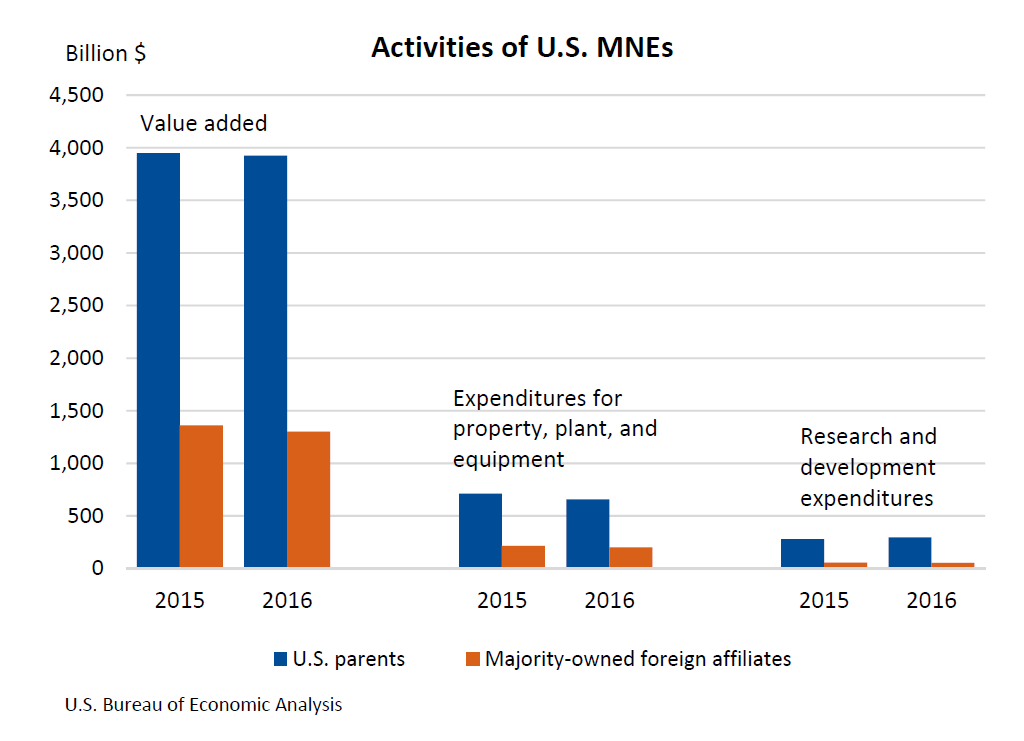 Statistics for 2015 are revised to incorporate newly available and revised source data. Preliminary statistics for 2015 were released in November 2017 and highlighted in “Activities of U.S. Multinational Enterprises in 2015” in the December 2017 issue of the Survey of Current Business.

The U.S. parent share of U.S. MNE worldwide activity can change for a number of reasons. The changes do not uniformly correspond to either additions to, or subtractions from, employment and capital expenditures in the United States. Examples of factors—other than production shifting—that can change parent and affiliate shares of MNE activity include different rates of economic growth in the United States. Specifically, economic growth can occur in markets where investment takes place abroad or where the creation of new market opportunities abroad cannot be served by exports from the United States.