These data have been superseded. Please see our latest releases for current estimates and contact information.
Explore Product View
18-35

Real estate and rental and leasing; information; and nondurable goods manufacturing were the leading contributors to the increase in U.S. economic growth in the first quarter of 2018. According to gross domestic product (GDP) by industry statistics released by the Bureau of Economic Analysis, 14 of 22 industry groups contributed to the overall 2.0 percent increase in real GDP in the first quarter. 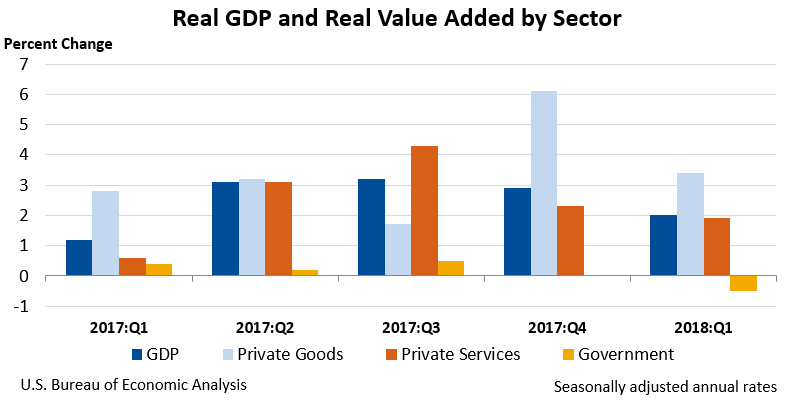 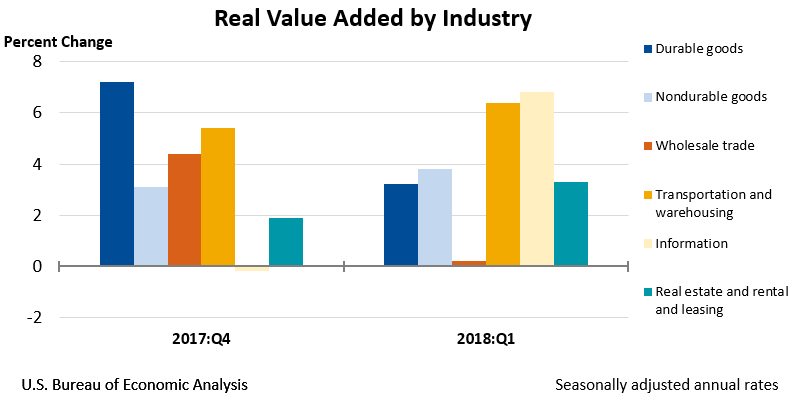 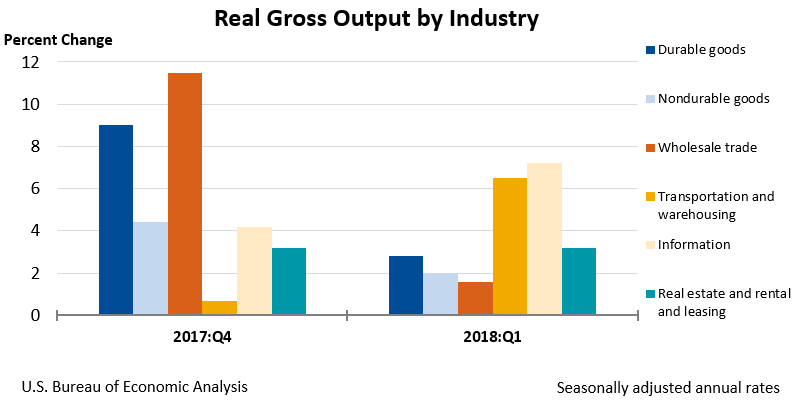 The comprehensive update of the industry economic accounts will be released along with the estimate of quarterly GDP by industry for the second quarter of 2018 on November 1, 2018. Annual statistics will be revised back to 1997 and quarterly estimates will be revised back to the first quarter of 2005. All revisions will be fully consistent with the results of the comprehensive update of the national income and product accounts, which will be released on July 27, 2018.

Quantities and prices.  Quantities, or "real" measures, and prices are expressed as index numbers with a specified reference year equal to 100 (currently 2009). Quantity and price indexes are calculated using a Fisher-chained weighted formula that incorporates weights from two adjacent periods (quarters for quarterly data and annuals for annual data). "Real" dollar series are calculated by multiplying the published quantity index by the current-dollar value in the reference year (2009) and then dividing by 100. Percent changes calculated from chained-dollar levels and quantity indexes are conceptually the same; any differences are due to rounding.