These data have been superseded. Please see our latest releases for current estimates and contact information.
Explore Product View
BEA 18-58

Information; real estate and rental and leasing; and professional, scientific, and technical services were the leading contributors to the increase in U.S. economic growth in the second quarter of 2018. According to gross domestic product (GDP) by industry statistics released by the Bureau of Economic Analysis, 16 of 22 industry groups contributed to the overall 4.2 percent increase in real GDP in the second quarter. 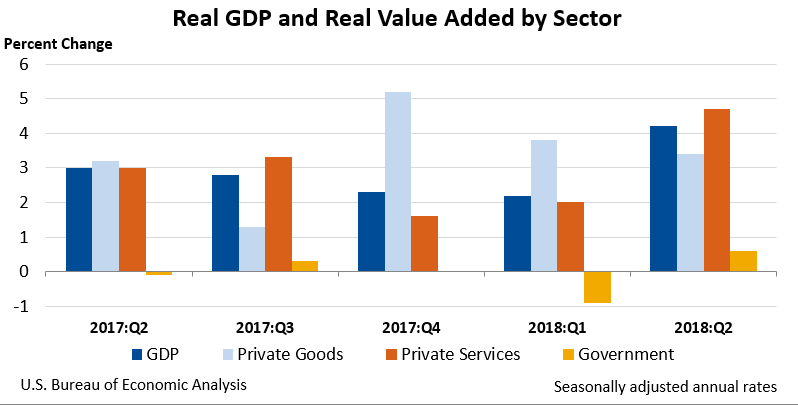 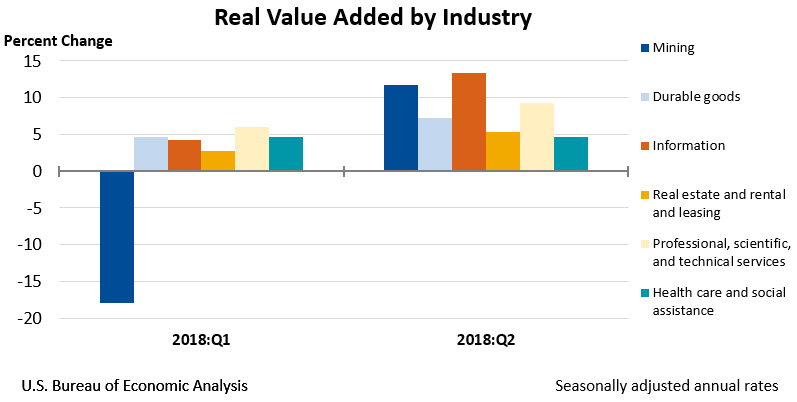 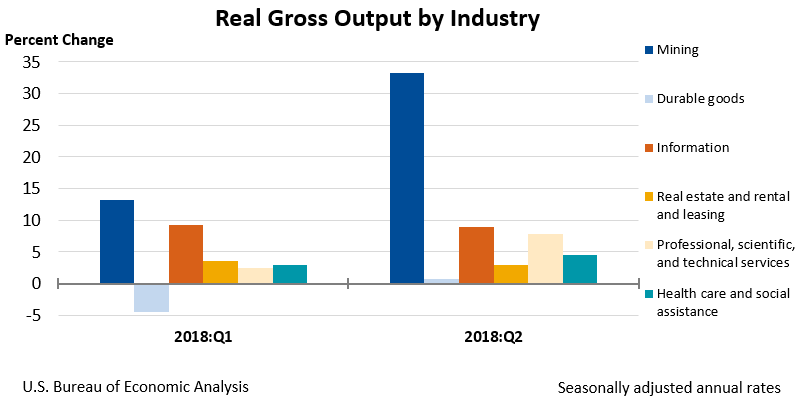 The estimates released today reflect the results of the comprehensive update of the Industry Economic Accounts. The comprehensive update includes revised quarterly estimates beginning with the first quarter of 2005 and annual statistics revised back to 1997. The update incorporates source data that are more complete and reliable than those previously available. Major improvements introduced with this update include:

Benchmark and annual supply-use tables, as well as the full set of GDP by industry results can be found on the BEA Web site. The updated estimates reflect previously announced improvements. Additional information will be available in an article in the December 2018 issue of the Survey of Current Business.