These data have been superseded. Please see our latest releases for current estimates and contact information.
Explore Product View
BEA 18-22

Gross Domestic Product by State, 4th quarter 2017 and annual 2017 (preliminary)
Texas Had the Fastest Growth in the Fourth Quarter

Real gross domestic product (GDP) increased in 47 states and the District of Columbia in the fourth quarter of 2017, according to statistics on the geographic breakout of GDP released today by the U.S. Bureau of Economic Analysis. The percent change in real GDP in the fourth quarter ranged from 5.2 percent in Texas to -1.3 percent in North Dakota (table 1). 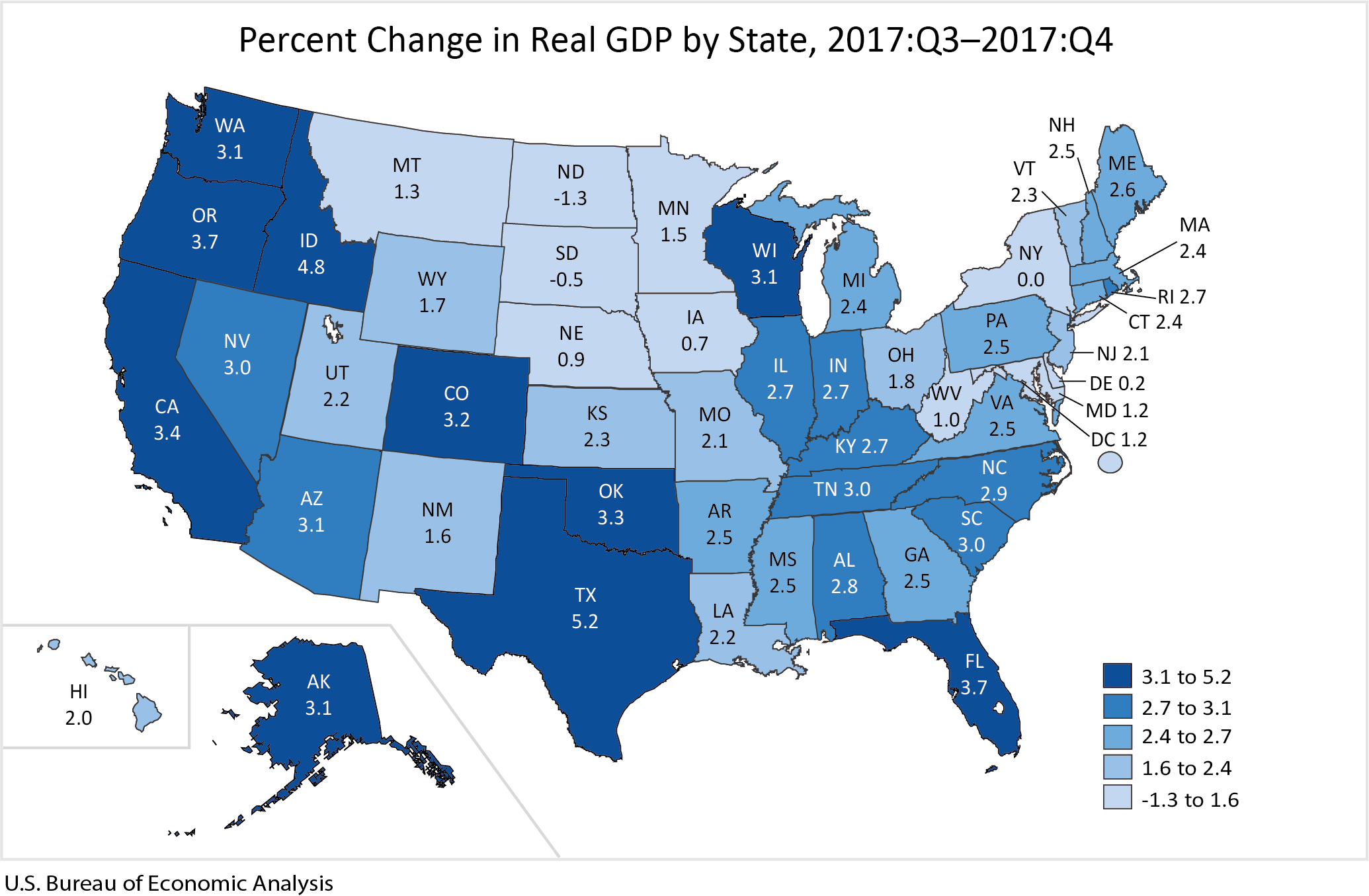 Mining and construction were the leading contributors to the increase in real GDP in Texas, the fastest growing state (table 2). Agriculture, forestry, fishing, and hunting subtracted from growth in North Dakota and South Dakota–the only two states with decreases in fourth quarter real GDP.

Real GDP grew in 47 states and the District of Columbia in 2017. The percent change in real GDP ranged from 4.4 percent in Washington to -0.2 percent in Louisiana (table 4). 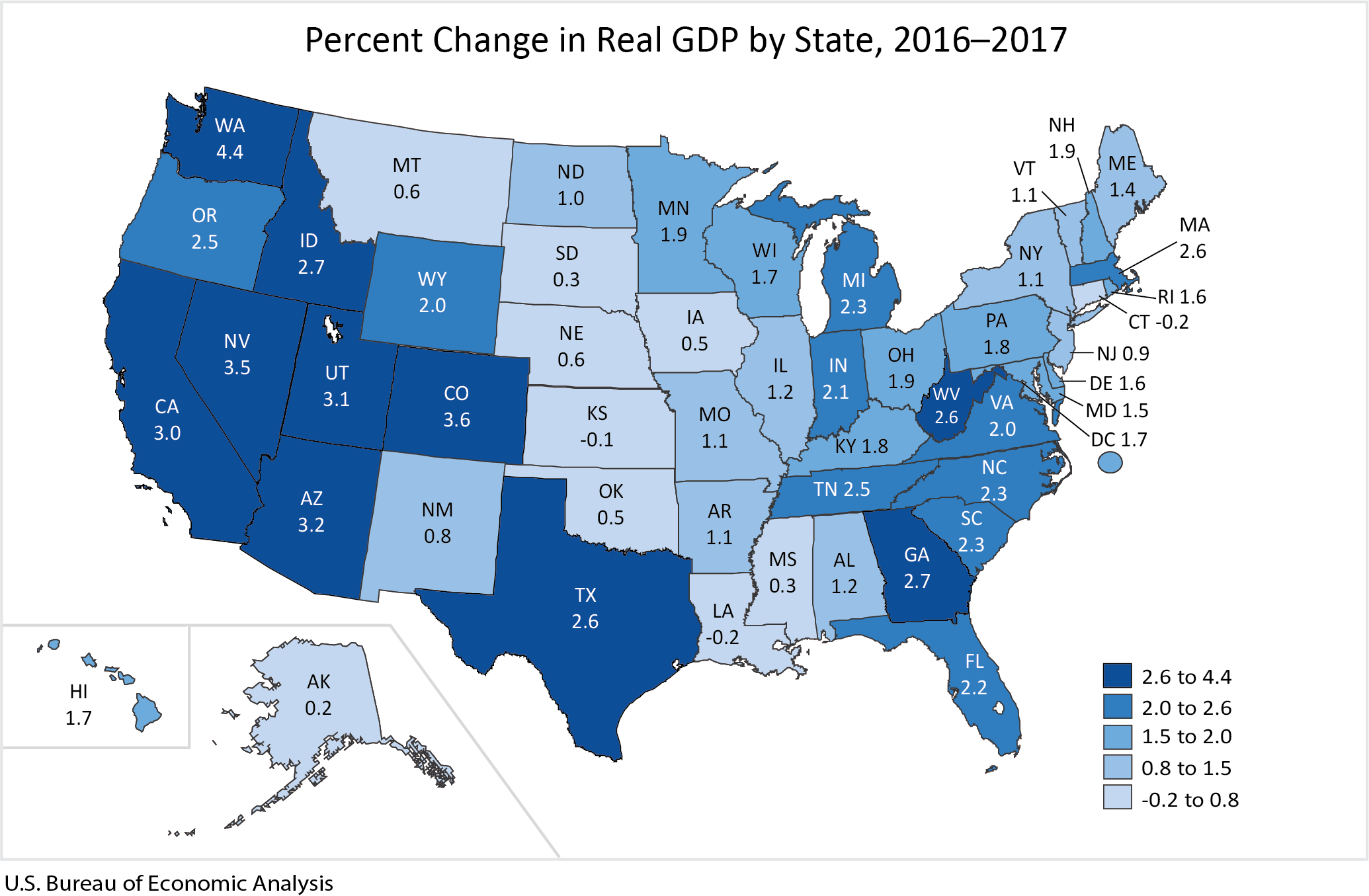 Retail trade and information services were the leading contributors to the increase in real GDP in Washington, the fastest growing state (table 5).

Real estate and rental and leasing; health care and social assistance; and durable goods manufacturing were the leading contributors to national economic growth in 2017. At the state level:

Today, BEA also released revised quarterly estimates for 2014:Q1 to 2017:Q3, and annual statistics for 2014–2016. Updates are made each year about this time to incorporate new and revised state source data.

Rankings. Rankings are based on unrounded statistics.

Relation of Gross Domestic Product (GDP) by State for the U.S. to GDP in the National Accounts. An industry's GDP by state, or its value added, in practice, is calculated as the sum of incomes earned by labor and capital and the costs incurred in the production of goods and services. That is, it includes the wages and salaries that workers earn, the income earned by individual or joint entrepreneurs as well as by corporations, and business taxes such as sales, property, and Federal excise taxes—that count as a business expense.

GDP is calculated as the sum of what consumers, businesses, and government spend on final goods and services, plus investment and net foreign trade. In theory, incomes earned should equal what is spent, but due to different data sources, the measurement of income earned, usually referred to as gross domestic income (GDI), does not always equal the measurement of what is spent (GDP). The difference is referred to as the "statistical discrepancy."