These data have been superseded. Please see our latest releases for current estimates and contact information.
Explore Product View
18-53

State personal consumption expenditures (PCE) increased on average 4.3 percent in 2017, an acceleration from the 3.8 percent increase in 2016 (table 1), according to statistics released today by the Bureau of Economic Analysis. The percent change in PCE across all states ranged from 6.9 percent in Idaho to 2.0 percent in North Dakota. 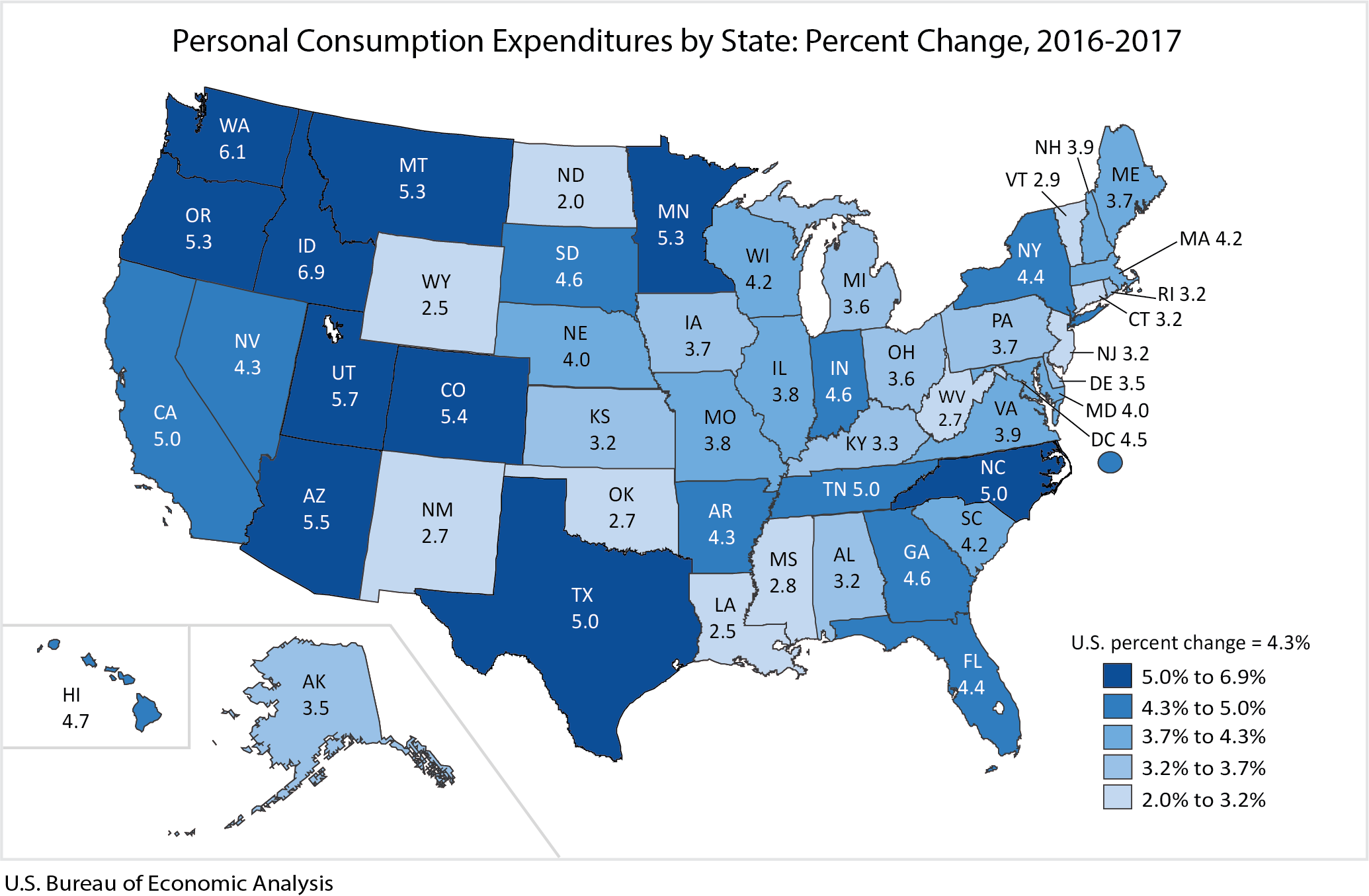 Category growth in PCE by state. In 2017, expenditure growth in health care and housing and utilities were the leading contributors to national PCE growth (table 3). These categories grew 4.6 percent and 4.0 percent, respectively (table 2). Spending on health care and on housing and utilities were also among the leading contributors to PCE growth in most states, including the four fastest growing states.

Gasoline and other energy goods expenditures increased on average 11.7 percent in 2017. It was the first year-over-year increase since 2012. Spending on gasoline and other energy goods increased in every state. Washington and Idaho experienced larger than average increases in this expenditure category – 16.0 percent and 14.9 percent, respectively. 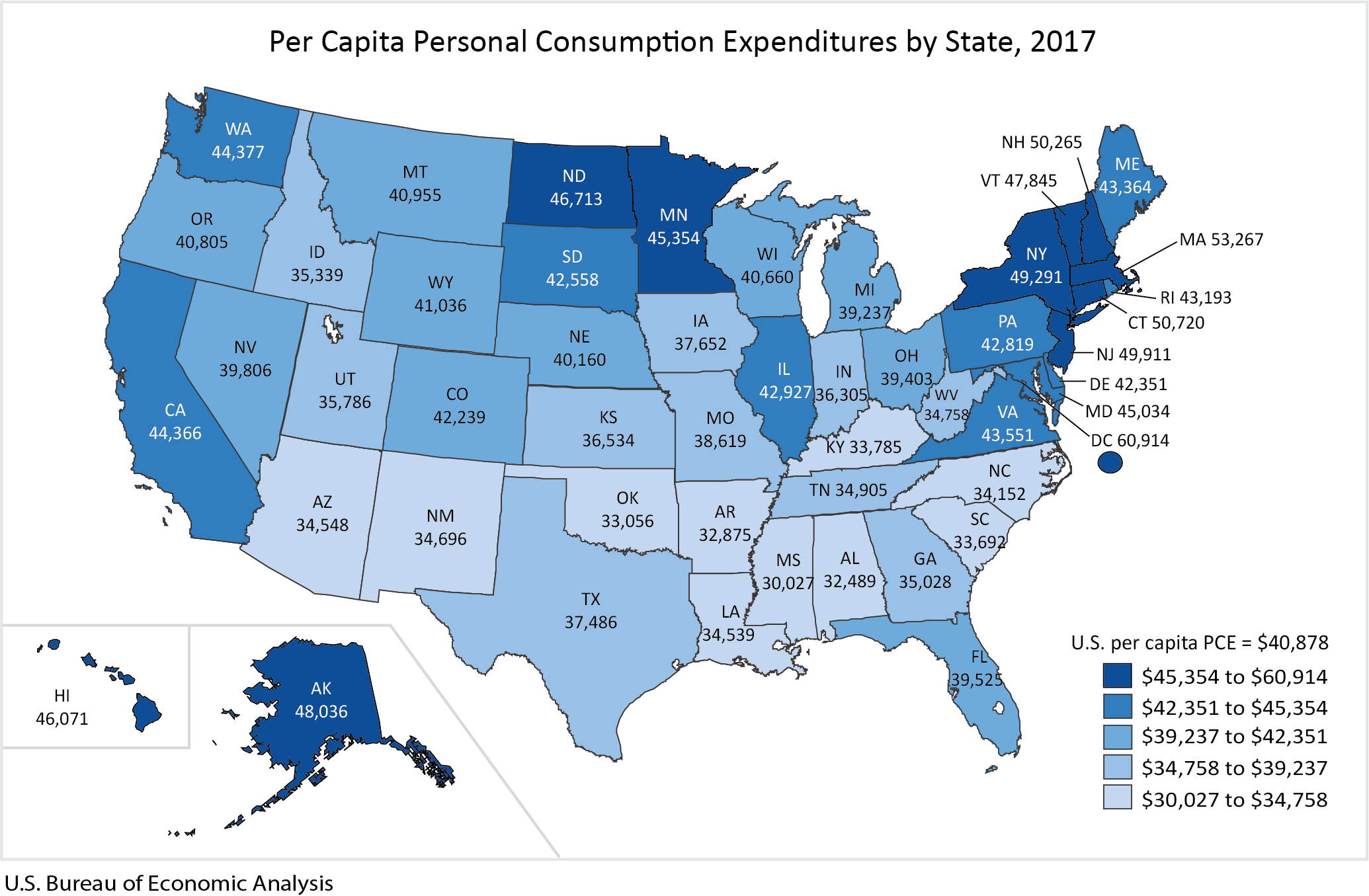 More information on per capita spending for these categories can be found in the supplemental maps that accompany this release.

The update also incorporates more complete and more detailed regional source data than previously available, and improvements to the statistical methods used to generate these estimates. Additional information on the methodological changes introduced with this comprehensive update is presented in an article in the August 2018 issue of the Survey of Current Business.