These data have been superseded. Please see our latest releases for current estimates and contact information.
Explore Product View
BEA 18—67

Today, the Bureau of Economic Analysis released prototype statistics for gross domestic product (GDP) by county for 2012-2015. Combined with BEA's county estimates of personal income, GDP by county offers a more complete picture of local area economic conditions. In conjunction with their release, BEA is requesting feedback and comments on these prototype statistics to assist in improving their quality, reliability and usefulness.

"This is the first time the Bureau of Economic Analysis is providing GDP statistics for each and every county in the United States," said Secretary of Commerce Wilbur Ross. "The prototype data addresses one of the last remaining gaps in economic knowledge, offering policymakers and businesses a new tool to inform their decision-making." 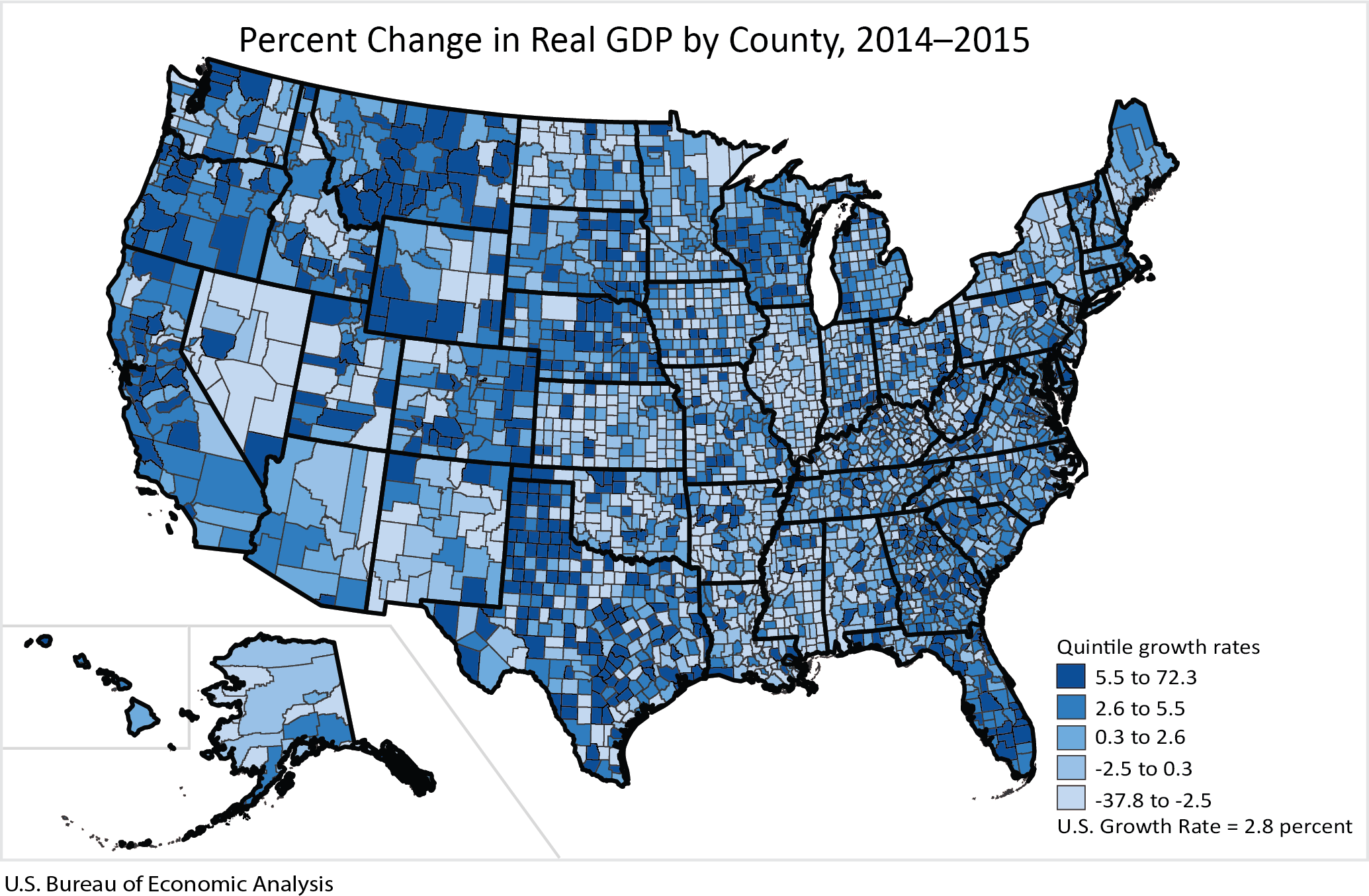 These prototype GDP statistics, which provide detail for 3,113 counties, include industry breakouts for private goods-producing industries, private services-producing industries, and the government and government enterprises industry group. These statistics represent another step forward in meeting BEA's long-standing goal of providing a more detailed geographic distribution of the nation's economic activity. County-level GDP statistics will assist analysts in the assessment of local economic performance and policymakers in the development of strategies to promote economic growth. They will also help answer important questions related to the size and condition of local area economies, industrial composition, and comparative growth trends.

GDP by county statistics provide a richer picture not only of the distribution of national economic output, but also of national economic trends and their manifestation at finer and alternative levels of geographic detail. They can be used to inform resource allocation decisions and support economic development strategies that target areas with the greatest need by identifying strengths and weaknesses of local economies. GDP by county statistics can also support research into understanding local economic dynamics, the longer-term impacts of different development strategies, and the effectiveness of incentive programs used to support these strategies.

The public is invited to submit comments and feedback by emailing gdpbycounty@bea.gov. Data users' evaluations and comments will be used to help review and finalize data sources and the methodology used in preparing these statistics. Official GDP by county statistics are scheduled for release on December 12, 2019.

Additional information on the GDP by county statistics, data sources, and methodology will be available in the January 2019 issue of the Survey of Current Business.