These data have been superseded. Please see our latest releases for current estimates and contact information.
Explore Product View
BEA 20-63

Today, the Bureau of Economic Analysis (BEA) is releasing estimates of gross domestic product (GDP) for American Samoa for 2019, in addition to estimates of GDP by industry and compensation by industry for 2018.1 These estimates were developed under the Statistical Improvement Program funded by the Office of Insular Affairs (OIA) of the U.S. Department of the Interior.

The estimates of GDP for American Samoa show that real GDP—GDP adjusted to remove price changes—decreased 1.4 percent in 2019. 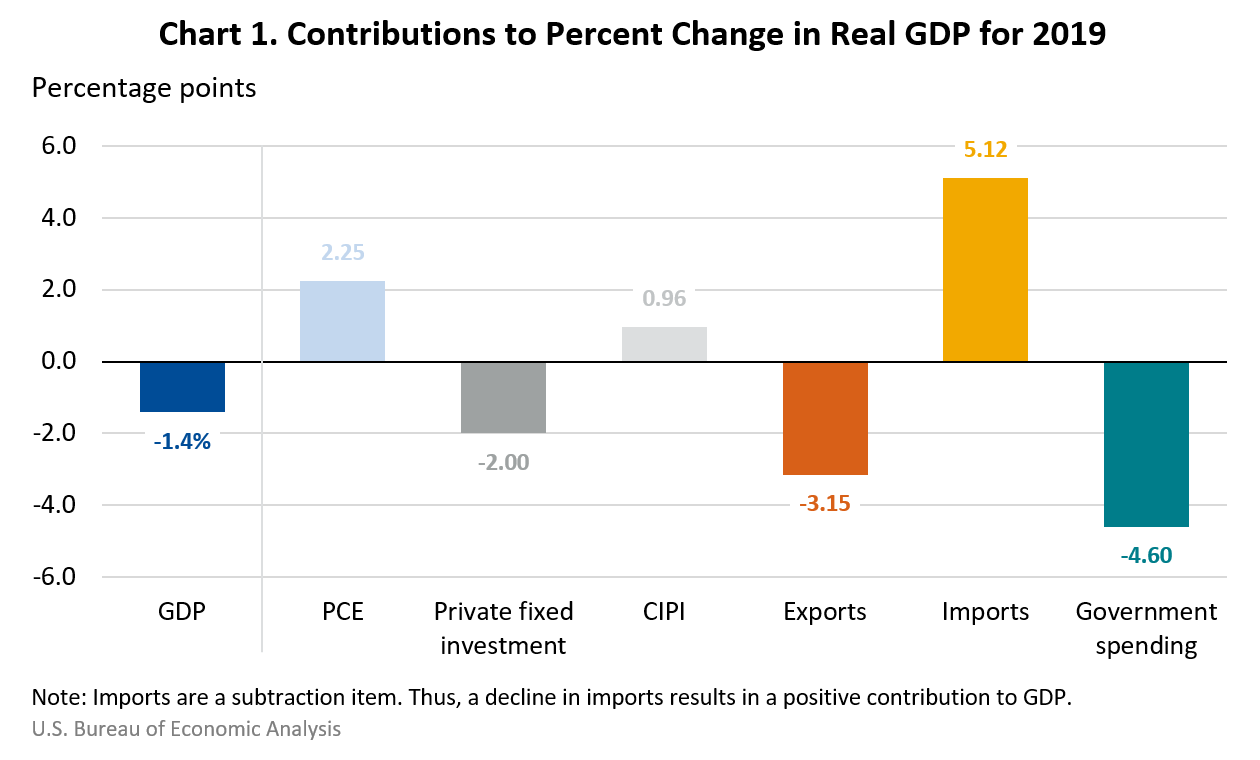 As shown in Chart 1, the decline in real GDP reflected decreases in government spending, exports, and private fixed investment that were partly offset by an increase in consumer spending and inventory investment. Imports, which are a subtraction in the calculation of GDP, decreased.

Private fixed investment decreased 22.7 percent. This decrease reflected declines in construction activity and purchases of equipment following the completion in the prior year of reconstruction activities associated with Tropical Cyclone Gita.

The estimates of GDP by industry for American Samoa show that the private sector was the source of economic growth in 2018 (see Table 2.4).

The growth in the private sector reflected an increase in manufacturing output of the cannery industry. Output of nonmanufacturing industries, such as construction and related professional services, also increased, reflecting post-cyclone recovery activities.2

The compensation by industry estimates, which are measured in current dollars, show trends in compensation for major industries (see Table 2.6). Total compensation increased in 2018, primarily reflecting growth in manufacturing.

This release also includes the results of a comprehensive update of the territorial economic accounts. Comprehensive updates are typically performed every 5 years, based on the Census Bureau's every-five-years economic censuses of island areas.

With the comprehensive update, estimates for 2002 to 2018 have been revised in order to incorporate improvements to source data, including information from:

Although the new estimates show a similar pattern of inflation-adjusted growth as the previously published estimates, some of the more recent years are revised substantially (see Chart 2). 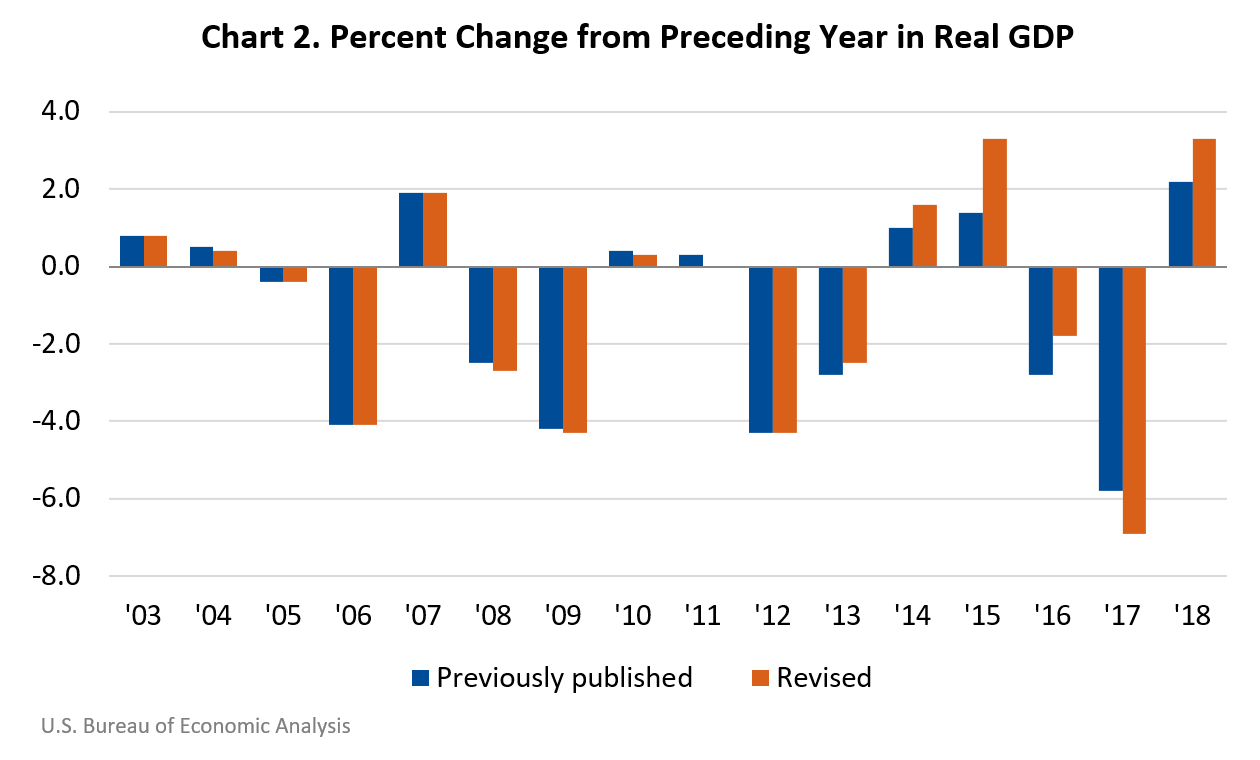 The largest source of the revisions to real GDP from 2013 to 2017 was the incorporation of 2017 ECIA data for the retail sector, which indicated higher growth in retail sales over this period than originally estimated. For 2018, the revision primarily reflected the incorporation of revenues and expenditures data from newly available government financial statements.

The reference year for inflation-adjusted measures has also been updated to 2012, the same period as the U.S. national GDP estimates.

2 Note that construction activities performed by the government sector are reflected within nonmanufacturing industry value added.

Quantities and prices. Quantities, or "real" volume measures, and prices are expressed as index numbers with a specified reference year equal to 100 (currently 2012). Quantity and price indexes are calculated using a Fisher chain-weighted formula that incorporates weights from two adjacent years. "Real" dollar series are calculated by multiplying the quantity index by the current-dollar value in the reference year (2012) and then dividing by 100.