These data have been superseded. Please see our latest releases for current estimates and contact information.
Explore Product View
BEA 20-02

Nondurable goods manufacturing; retail trade; and professional, scientific, and technical services were the leading contributors to the increase in U.S. economic growth in the third quarter of 2019, according to gross domestic product (GDP) by industry statistics released by the Bureau of Economic Analysis. Both private services- and goods-producing industries contributed to the increase; the government sector increased slightly. Overall, 17 of 22 industry groups contributed to the 2.1 percent increase in real GDP in the third quarter. 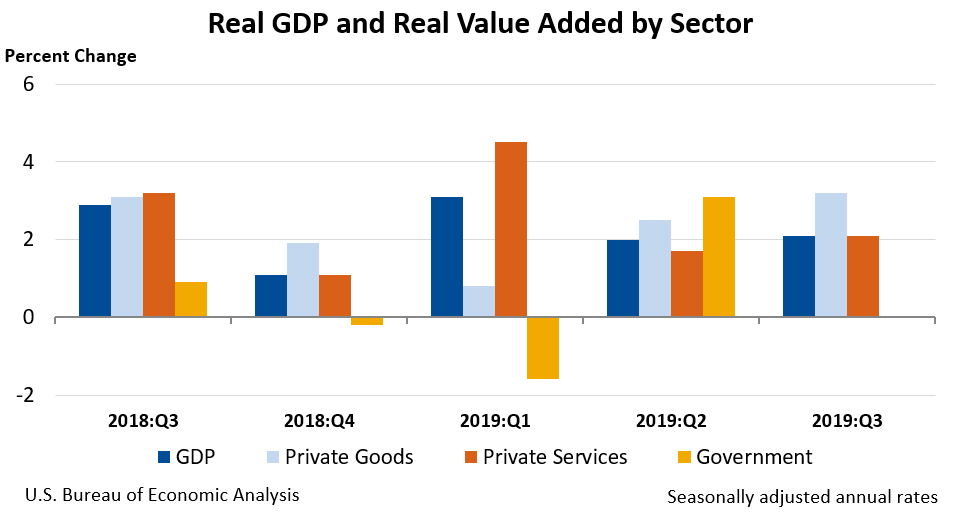 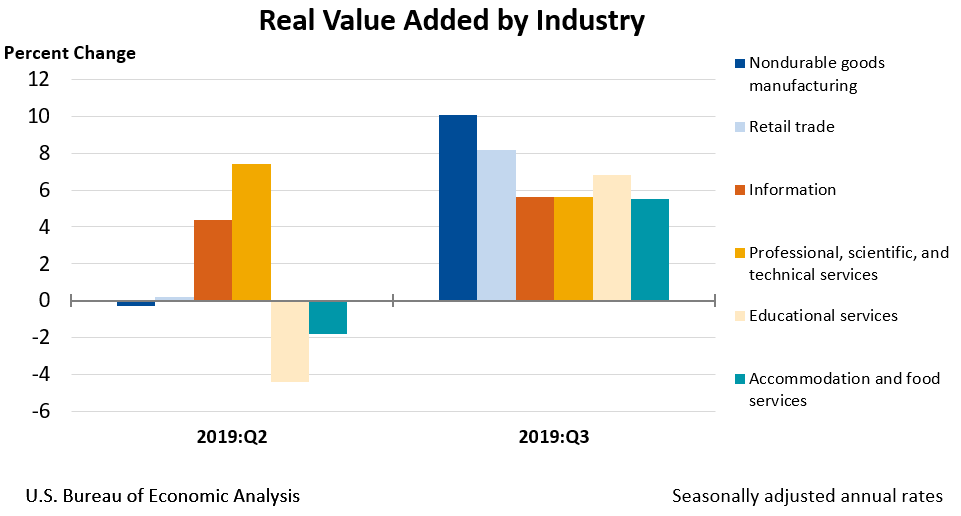 Real gross output—principally a measure of an industry’s sales or receipts, which includes sales to final users in the economy (GDP) and sales to other industries (intermediate inputs)—increased 2.5 percent in the third quarter. This reflected increases of 3.1 percent for the private services-producing sector, 1.6 percent for the private goods-producing sector, and 1.2 percent for the government sector. Overall, 16 of 22 industry groups contributed to the increase in real gross output. 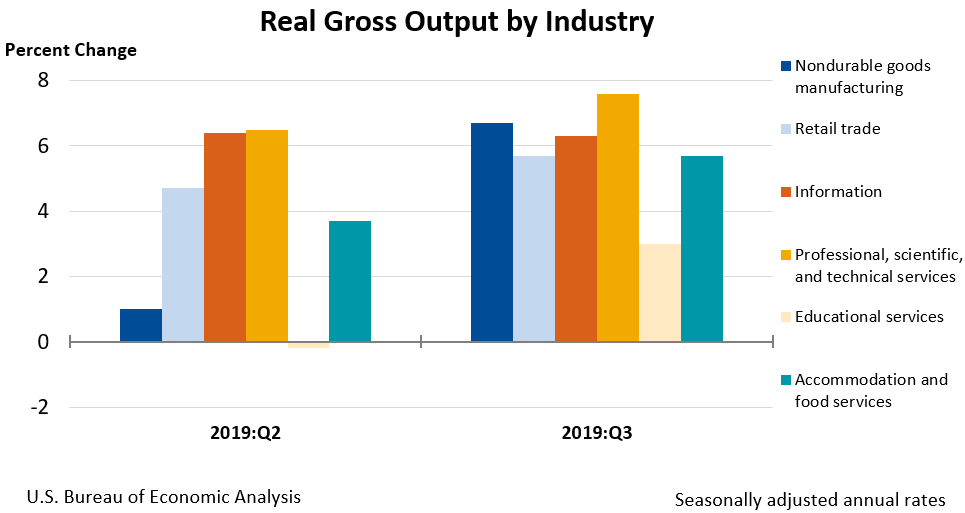