These data have been superseded. Please see our latest releases for current estimates and contact information.
Explore Product View
BEA 20—52

State personal consumption expenditures (PCE) increased 3.9 percent in 2019, a deceleration from the 4.9 percent increase in 2018 (table 1), according to statistics released today by the Bureau of Economic Analysis. The percent change in PCE across all states ranged from 5.7 percent in Utah to 1.8 percent in Vermont. 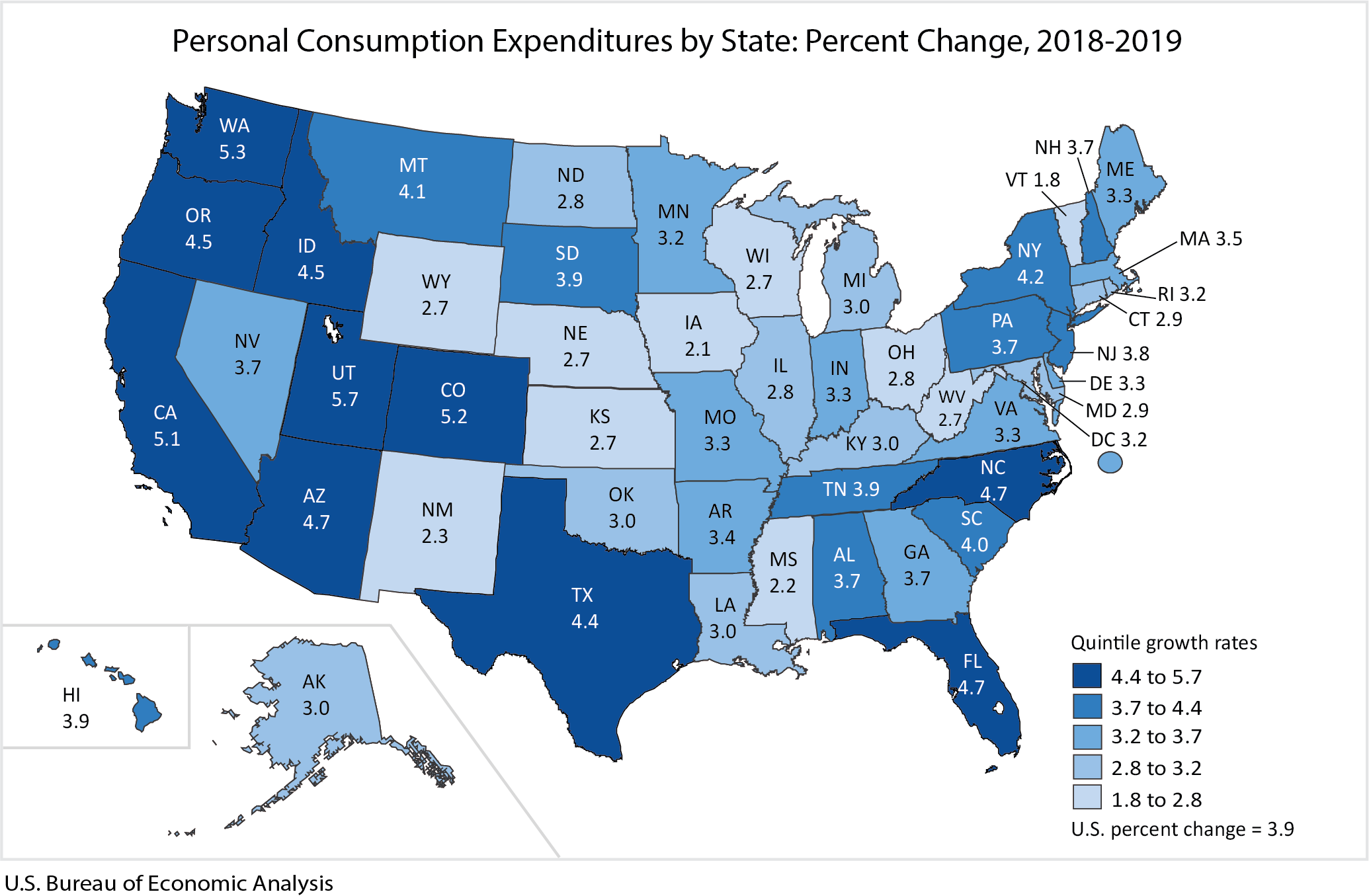 Expenditures on housing and utilities, and on health care grew 4.3 percent and 4.5 percent, respectively (table 2), and were the leading contributors to growth nationally (table 3).

Nationally, expenditures on gasoline and other energy goods, and on motor vehicles and parts decreased 4.0 and 0.3 percent, respectively. 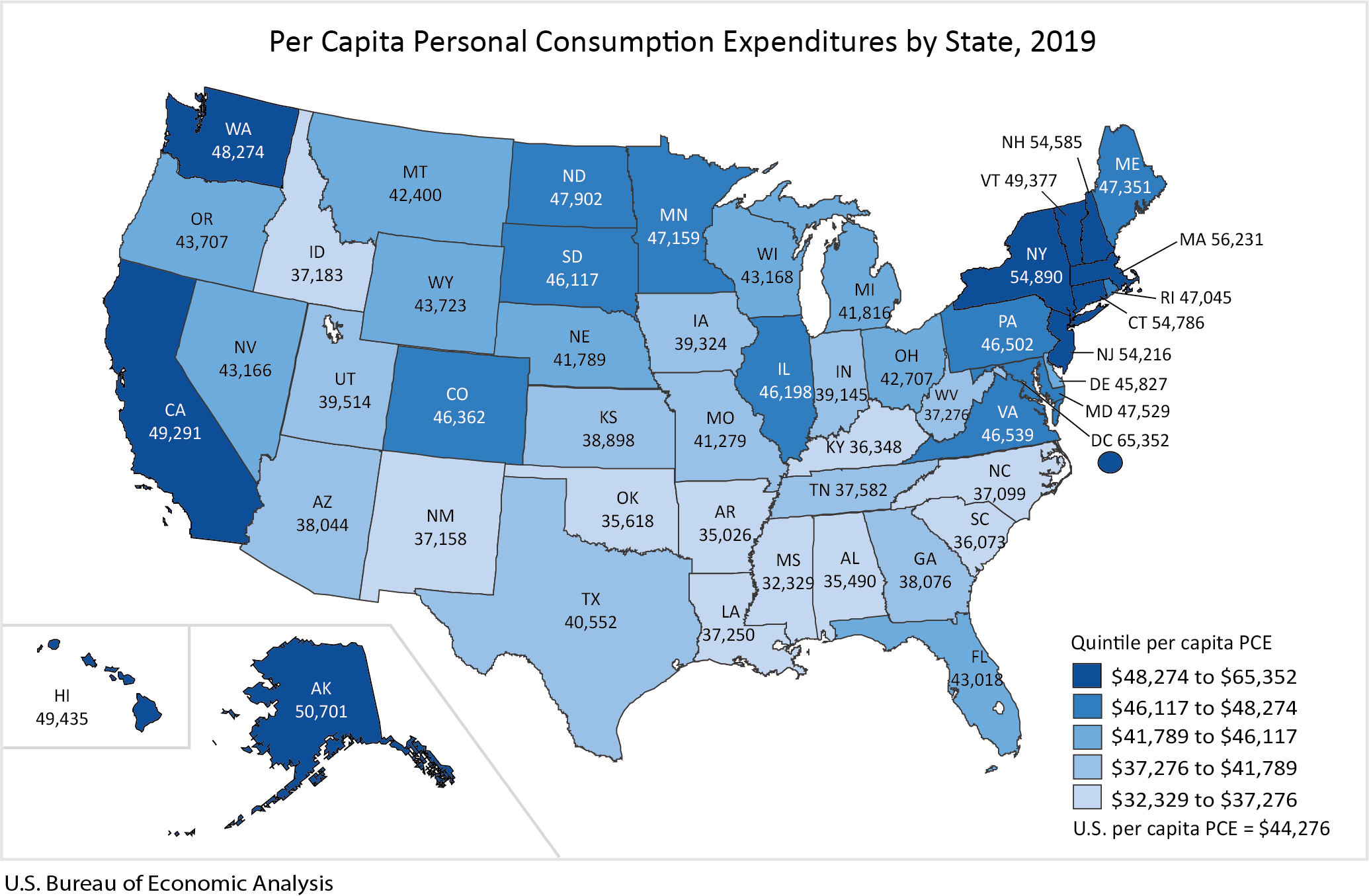 Today, BEA released revised estimates for 2013 to 2018 (table 5) as well. The update incorporated revised source data that are more complete and more detailed than previously available. Additionally, the update includes the results of the July 2020 annual update of the National Income and Product Accounts and the results of the September 2020 annual update of the state personal income statistics.

Table 4. Per Capita Personal Consumption Expenditures by State for Select Categories by State and Region, 2019