These data have been superseded. Please see our latest releases for current estimates and contact information.
Explore Product View
BEA 20—22 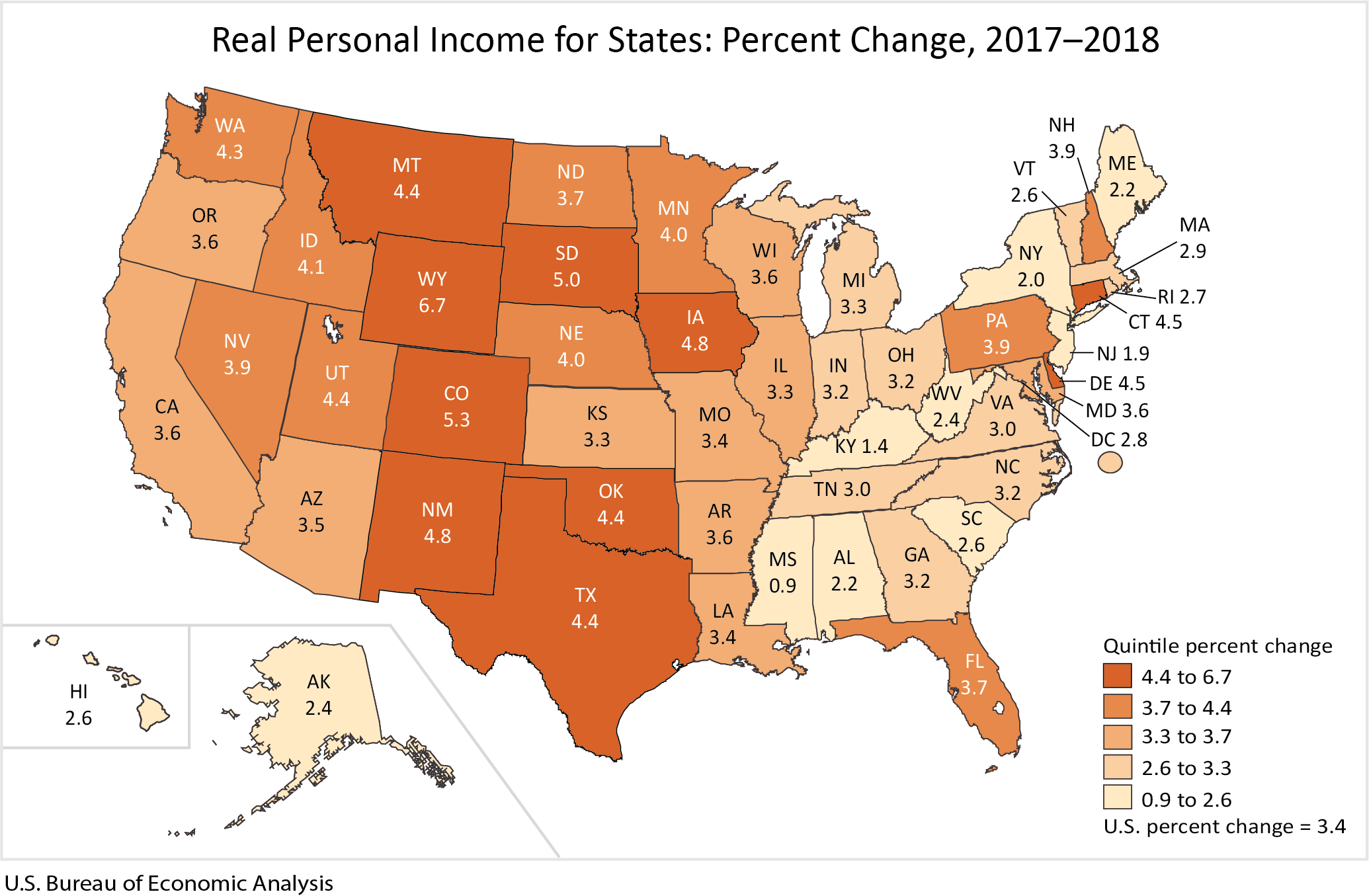 Regional Price Parities (RPPs) measure the differences in price levels across states and metropolitan areas for a given year and are expressed as a percentage of the overall national price level. All items RPPs cover all consumption goods and services, including housing rents. Areas with high/low RPPs typically correspond to areas with high/low price levels for rents.

Estimates of real personal income and regional price parities for state metropolitan and nonmetropolitan portions can be found at https://apps.bea.gov/itable/index.cfm. Supplemental tables are available upon request. 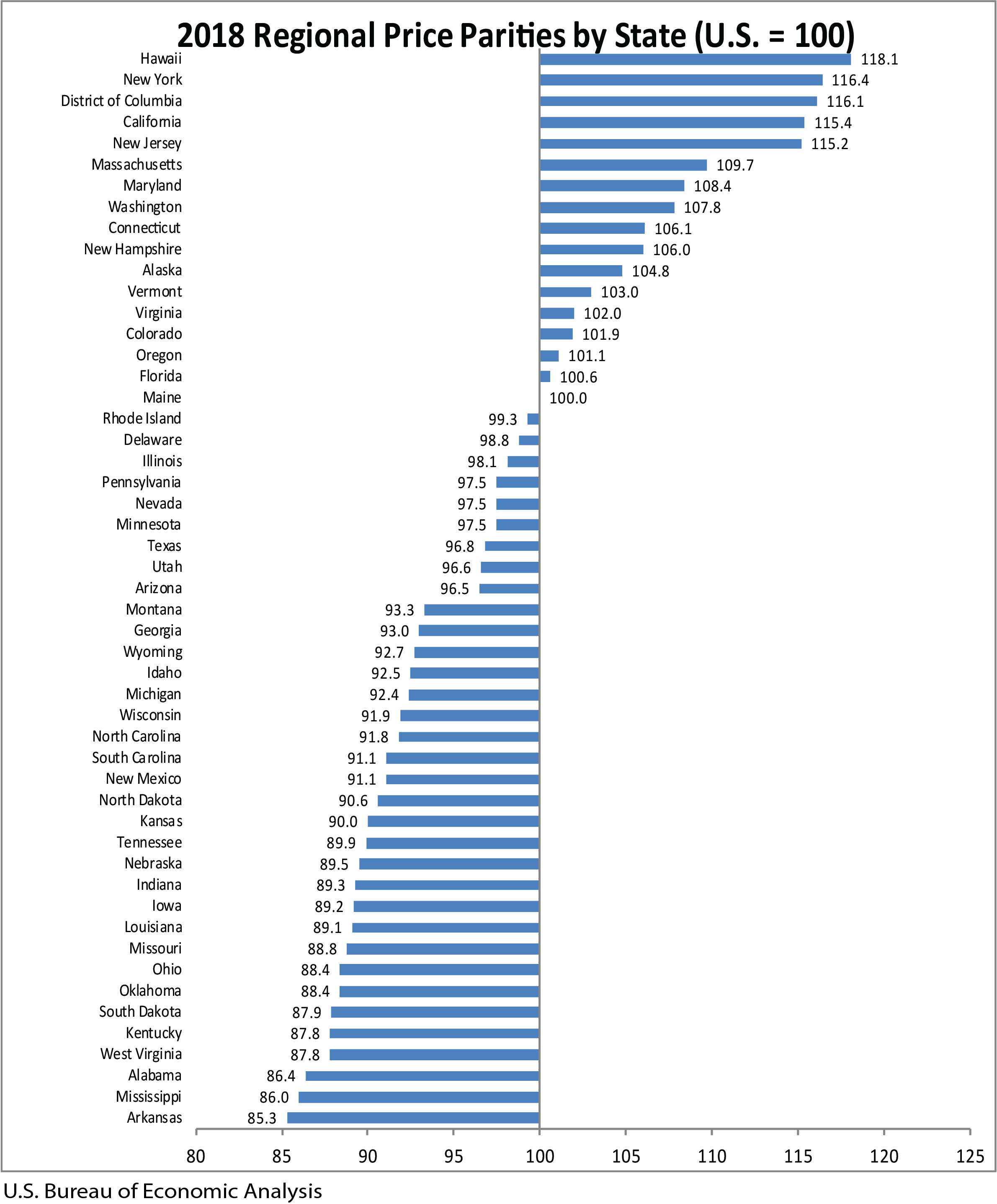 Starting in December 2020, the release of real personal income by state and metropolitan area will accelerate by 5 months.

Price indexes commonly measure price changes over time. The BEA's personal consumption expenditures (PCE) price index and the Bureau of Labor Statistics' consumer price index (CPI) are two examples. Spatial price indexes measure price level differences across regions for one time period. An example of these type of indexes are purchasing power parities (PPPs), which measure differences in price levels across countries for a given period and can be used to convert estimates of per capita GDP into comparable levels in a common currency. The regional price parities (RPPs) that BEA has developed compare regions within the United States, but without the need for currency conversion. An implicit regional price deflator (IRPD) can be derived by combining the RPPs and the U.S. PCE price index.

Regional Price Parities. The RPPs are calculated using price quotes for a wide array of items from the CPI, which are aggregated into broader expenditure categories (such as food, transportation or education)1. Data on housing rents are obtained separately from the Census Bureau's American Community Survey (ACS). The expenditure weights for each category are constructed using CPI expenditure weights, BEA's personal consumption expenditures, and ACS rents expenditures2.

Detailed information on the methodology used to estimate the RPPs may be found on the regional methodology page of the BEA website: www.bea.gov/resources/methodologies.

Detailed CPI price data are adjusted to obtain average price levels for BLS-defined areas5. These are allocated to counties in combination with direct price and expenditure data on housing rents from the ACS.

Note: Dollar amounts are in billions.

Estimates of real personal income in the United States are derived as the sum of the current-dollar regional estimates divided by the U.S. PCE Price Index.

5 The CPI represents about 93 percent of the total U.S. population, including almost all residents of urban or metropolitan areas.