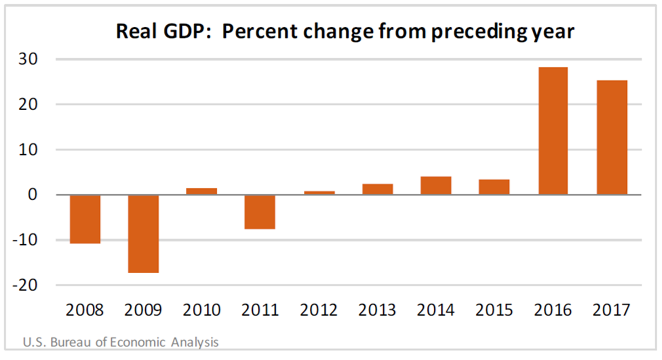 Partly offsetting the growth in exports of services was a decline in private fixed investment, which decreased 8.9 percent after three consecutive years of double-digit growth. However, real business spending on construction and equipment remained at historically high levels, supported by continued development of the casino resort on Saipan.