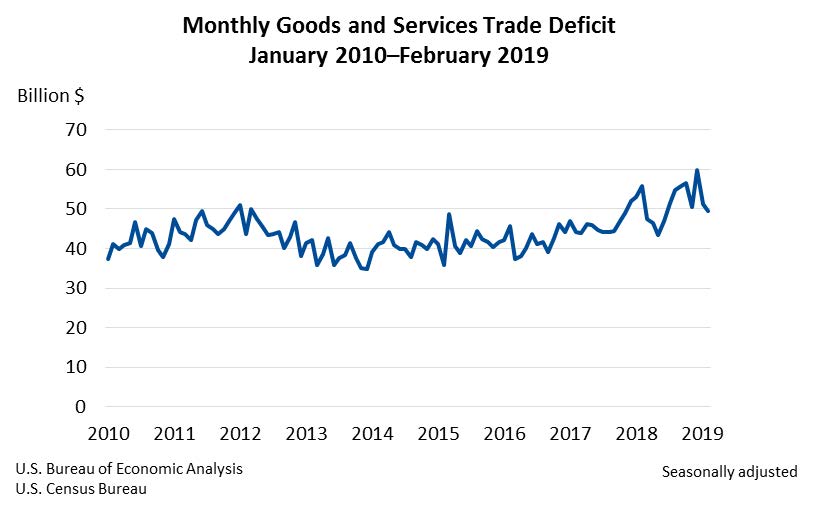 •     The increase in exports of services mostly reflected increases in transport ($0.2 billion) and in other business services ($0.1 billion), which includes research and development services;  professional and management services; and technical, trade-related, and other services.

•     The decrease in imports of services mostly reflected decreases in transport ($0.2 billion) and in travel (for all purposes including education) ($0.1 billion). An increase in government goods  and services ($0.1 billion) partly offset the decreases.