Majority-owned U.S. affiliates (MOUSAs) of foreign multinational enterprises (MNEs) employed 7.4 million workers in the United States in 2017, a 2.8 percent increase from 7.2 million in 2016, according to the Bureau of Economic Analysis. 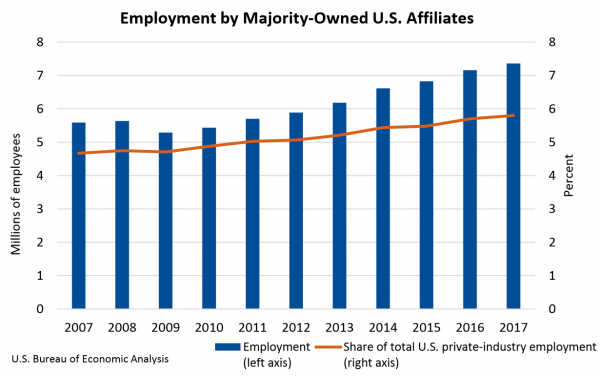 Highlights of the statistics on MOUSAs in 2017: