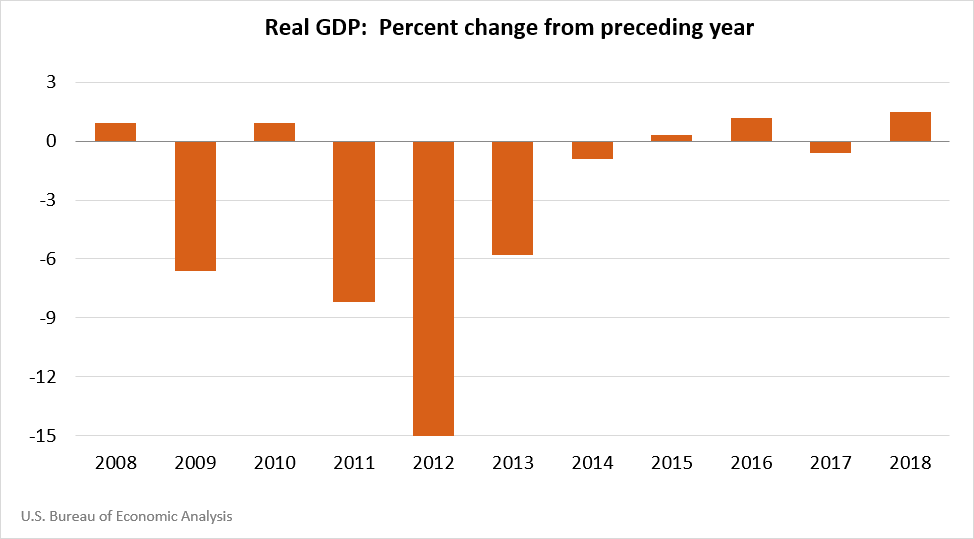 The growth in the U.S. Virgin Islands' economy reflected increases in government spending, private fixed investment, and consumer spending. These increases were partly offset by a decrease in exports of services.

Private fixed investment increased 51.4 percent, reflecting growth in business purchases of equipment and in construction, including homes. Federal grants supported the reconstruction and major repairs of businesses and homes that were destroyed or heavily damaged by the 2017 hurricanes.

Partly offsetting these increases was a decline in exports of services, which consists primarily of spending by tourists. Total visitor arrivals decreased; the number of air visitors, who spend more on average than cruise visitors, decreased 23 percent. Arrivals by air fell significantly in the months following the hurricanes and remained below pre-hurricane levels throughout 2018.