Real gross domestic product (GDP) increased 2.1 percent in the third quarter of 2019, according to the “third” estimate released by the Bureau of Economic Analysis. The growth rate was unrevised from the “second” estimate released in November. In the second quarter, real GDP rose 2.0 percent.

GDP highlights
The third-quarter increase in real GDP reflected increases in consumer spending, government spending, housing investment, and exports, while business investment and inventory investment decreased. Imports, which are a subtraction in the calculation of GDP, increased.

The increase in consumer spending reflected increases in both goods (notably recreational goods and vehicles as well as food and beverages) and services (led by other services, notably personal care and legal services, as well as housing and utilities). The increase in government spending reflected increases in federal and in state and local government spending.

The decrease in business investment reflected decreases in structures (led by mining exploration, shafts, and wells) and in equipment (notably aircraft as well as computers and peripheral equipment).
Updates to GDP
While overall GDP growth was unrevised from the second estimate, upward revisions to consumer spending and business investment were offset by a downward revision to inventory investment. 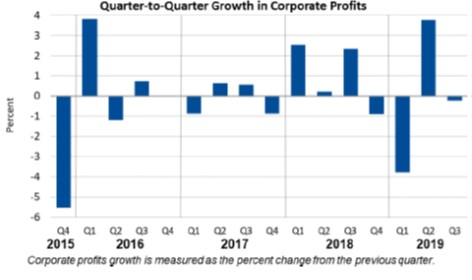