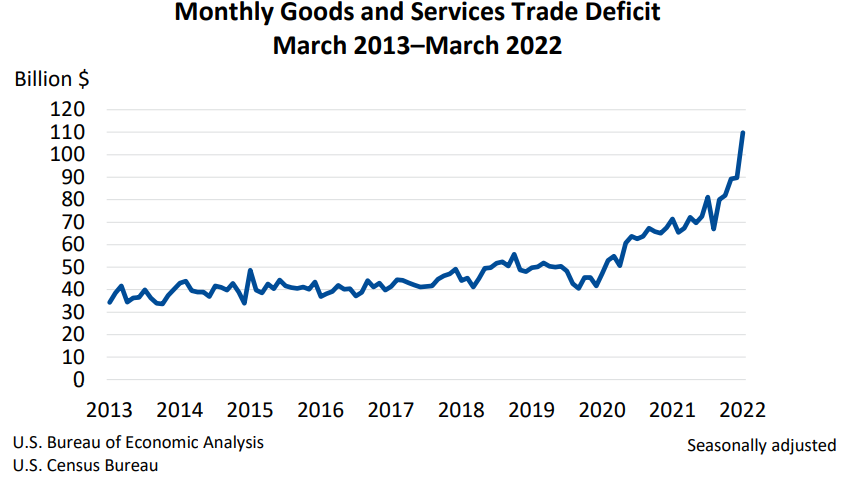 The global COVID-19 pandemic and the economic recovery continued to impact international trade. The full economic effects of the pandemic cannot be quantified in the statistics because the impacts are generally embedded in source data and cannot be separately identified. For more detailed information on trade by type of good or service and with major trading partners, see U.S. International Trade in Goods and Services, March 2022.