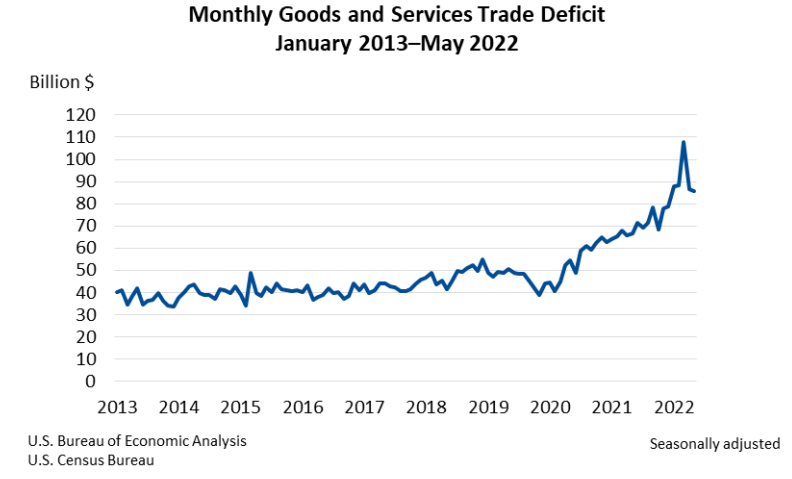 For more detailed information on trade by type of good or service and with major trading partners, see U.S. International Trade in Goods and Services, May 2022.