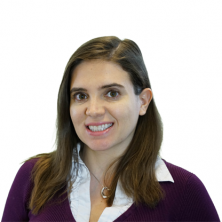 Do transfers lower inequality between households? Demographic evidence from Dis…

In the historical literature, cities of the Industrial Revolution (IR) are portrayed as having a demographic penalty: killer cities with high death rates and industrious cities with low birth rates. To econometrically test this, we construct a novel data set of almost 2000 crude demographic rates for 142 large cities in 35 countries for 1700–1950. Mortality actually decreased faster than fertility during the IR era and rates of natural increase rose in the cities of industrializing countries, especially large cities. This implies a declining, not rising, demographic penalty thanks to the IR. To explain the puzzle, we posit that negative health and industriousness effects of industrial urbanization might have been outweighed by positive effects of increased income and life expectancy.

The Feasibility of a Quarterly Distribution of Personal Income (PDF)

Accounting for Land in the U.S.: Integrating Physical Land Cover, Land Use, and…

Improving the Measure of the Distribution of Personal Income

Improving the Measure of the Distribution of Personal Income (PDF)

Modeling and Forecasting Income Inequality in the United States (PDF)

Towards a Distribution of Household Income: Linking Survey Data to Administrati…

Testing the acculturation of the 1.5 generation in the United States: Is there …

Review of Economics of the Household
External Paper/Article

Determinants of Bilingualism Among Children

Review of Economics of the Household
External Paper/Article

Poverty and Shared Prosperity in Uruguay