How are BEA’s statistics on the activities of U.S. multinational enterprises (MNEs) affected by the complex corporate structures of MNEs? 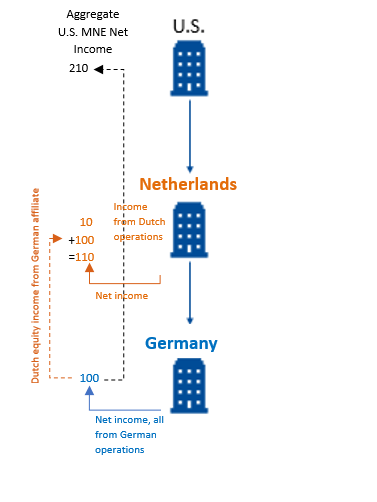 Some other data series from the activities statistics used for analysis of MNEs are not affected in the same way by ownership structures. For example, the activities statistics count each employee of a foreign affiliate and each dollar of research and development spending exactly once. BEA’s statistics on direct investment transactions and positions are also not affected in the same way because for these statistics, only direct transactions are included. So to go back to the example, data for the German affiliate would be excluded, but data for the Netherlands affiliate would include its ownership of and income from the German affiliate.